For the NierghtravAOnWint’sIf A Teller Publication 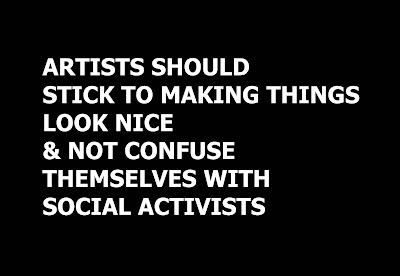 Simon Lewandowski has been in touch to say that there will be a publication to accompany the London project and exhibition. I have made a new text piece for it.
Also here is a bit on my thoughts which will accompany the text piece above - mainly this is taken from the previous post on here:


A Response to Anonymous Collaboration:

Before setting off for the gallery I started reading Gulliver's Travels in case that may help inform my approach - and I also paid close attention to the website to see what each other artist did in the preceding weeks.
I felt that a visual response might be required - which is something I am particularly bad at - associating notions of aesthetic with decoration.
The space looked like it was getting fuller and fuller each week - but I also felt that I would have to wait until I was confronted with the physical space before deciding what I might do, to some extent. I did wish to explore the idea that as artists we are often mistaken for 'window dressers' - and decorators, and in this window space that idea was at the forefront of my mind. I was worried that my response might end up looking like simple prettifying - so decided to directly confront that.

Around the time of the installation two things had been levelled at me which had made me think: one involved a discussion over a commission which a council wished to make for an artist to decorate some new toilets - I felt strongly that artists should not be commissioned to decorate toilets - but rather perhaps to design a concept for the toilets (being involved in the beginning, rather than as an afterthought at the end.)

The second thing that had bothered me was in regards to being described as a social activist - and being asked if I felt my practice in some way responds to a need. This is also something which I feel uncomfortable about - and wish to explore further. I do not wish to appear as some kind of philanthropist – I believe that though art can create important space for conversation, and can at times address important political debates and issues, I am also aware that my practice is ostensibly a selfish one – I do it because I want to do it, and it makes me feel good to be involved and create these discussion spaces – I do not wish to appear to be making any other claims for it.

I was able to incorporate these thoughts into the window piece - the previous week’s artists had used diamante rhinestones and glitter perhaps to make the place look cheerful and sparkly – this for me upholds the idea of making things look nice, and creates the space for conversation around window dressing. I brought similar along with me.

When I arrived at the space I was surprised by the way the window space and everything in it had looked deceptively different in photographs. The other thing that surprised me was my own reaction to the space. I had intended to move everything aside in the space - creating a pile of stuff, effectively getting back to a blank canvas - but once there and confronted with the work of other artists I suddenly felt unable to be so ruthless. I puzzled over what to do for a while, wanting to destroy the big crazy chandelier dominating the space, but instead I hardly moved or touched anything; I decorated what had been there before with glitter spray, rhinestones and bunting- and worked within the gaps that were still remaining - writing a statement on the wall about social activism.

Perhaps in response to this feeling of those that had been before and those that were to come I placed some blank pages on the wall - waiting for the next part of the conversation. I hoped someone might do something with them.

The next week’s artist did what I could not – cleared the space and almost started afresh with all the accumulated materials.