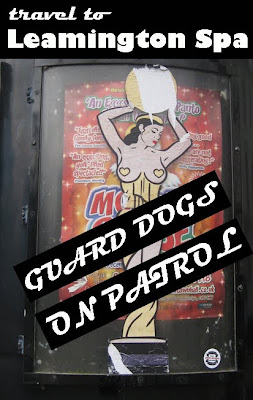 The event to support the Ground Level exhibition (Hayward Touring Show) took place last Tuesday.
I was really interested to see how it would work, as previously the walking/mapping events which I have done have all been in places that I know really well. I was interested to see how it would work in a place that I had only visited once. (see previous post for recce).
I had prepared by bringing along images from my recce, and making each participant a pack containing maps, information and mapping aids - plus binoculars. 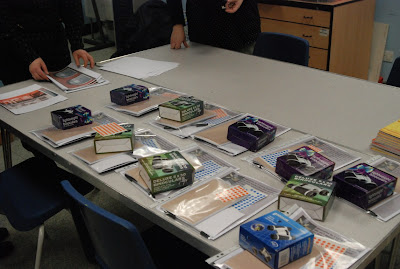 I met the group in the activity room at Leamington Spa Art Gallery (The Pump Rooms).
We started by talking through how artists use mapping and also set out the idea of experimental geography, which we would be employing during the day - 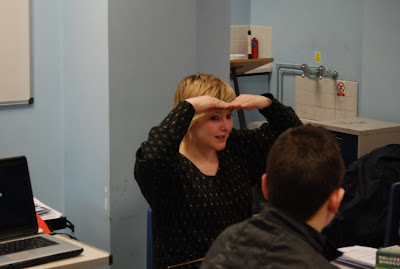 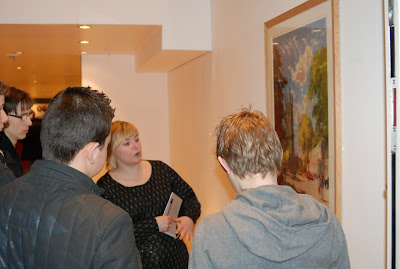 Within the gallery there are a number of beautiful train travel posters, the idea for today was, using experimental geography techniques, to create alternative tourism posters for Leamington, which would pick up on and respond to the patterns, rhythms and realities of Leamington. We have been given the area next to the posters to display the results, which is exciting. 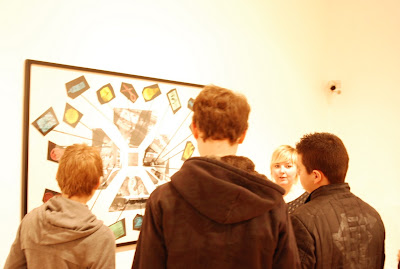 We then went along to see the Ground Level exhibition, which is why Nadia Wazera from the gallery asked me to develop this event. I am very interested by Stephen Willatts work (we are looking at it here) and so it was great to be involved in this. I find his approach to working with space and people refreshing and inspirational. We looked at the show, which includes various approaching to mapping, cartography and movement through space. 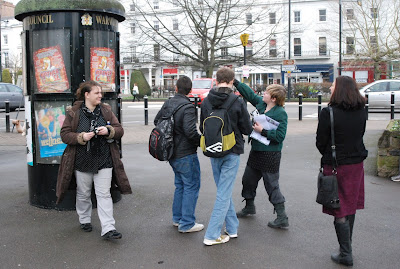 Then the main part of the day - getting out into Leamington to discover and collect imagery.
We looked high: 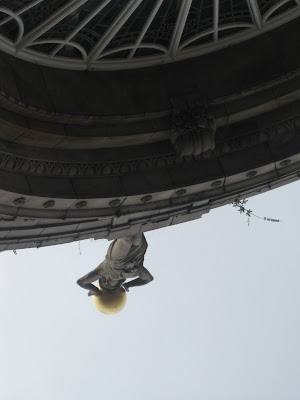 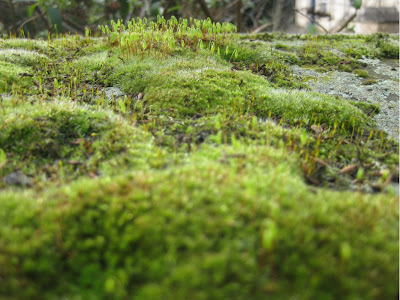 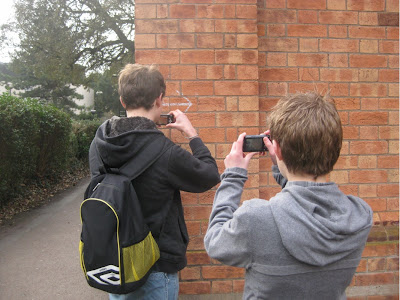 Sometimes the group were able to give me an insight into what it is like to be a tourist in Leamington - it is always necessary to try the spa waters. 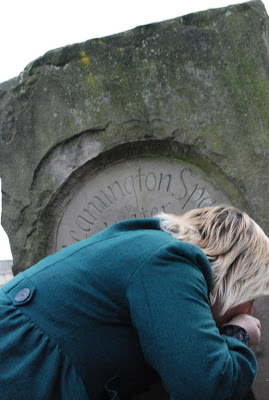 Which are very salty. 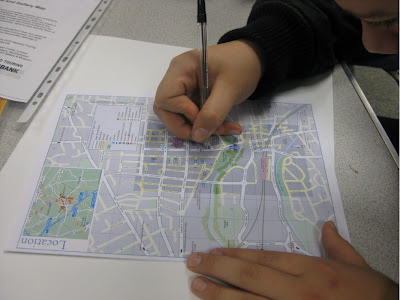 On our return to the space we thought about what we had seen - and in particular thought about appropriate language to describe the Leamington we had just discovered to add to our posters. We printed out lots of the images that had been taken. 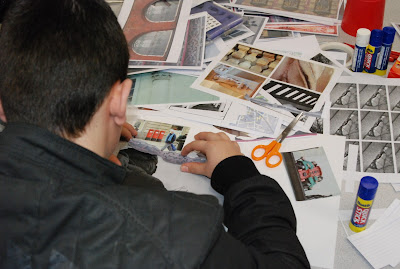 Then everyone got on with using collage to create the alternative posters, picking out the architectural features with decoupage techniques. 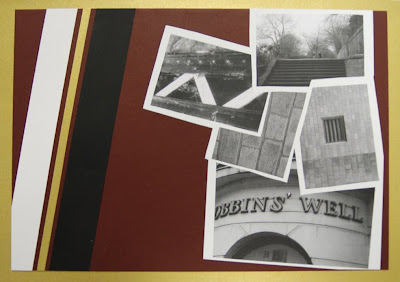 The results were all unique - and really interesting in their individual approach. But my favourite was the one below. I was pleased with how the day went - the group (who were 14 and 15 years of age) were fantastic to work with - they were really creative in their approach to experimental geography, and the posters now on display were fantastic! 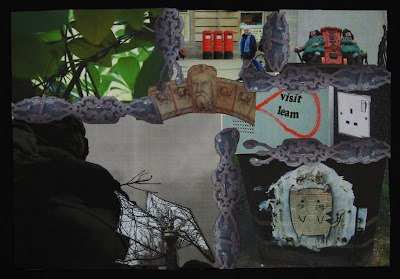 A big thank you to Nadia and Sharon for inviting me along, and for all your help on the day. Thanks too to Glen Stoker for photographing the event.
Posted by Anna Francis at 4:08 PM