On Thursday, 19th April AirSpace studio artists met up in order to burn artworks as a show of solidarity with Antonio Manfredi, Art Director of Casoria Contemporary Art Museum, Naples.
Antonio made world news earlier in the week with his art burning protests, which spread across the sea to John Brown in Harlech, Wales. See coverage of the burnings on the BBC here.
We were asked to show our support and join in the burning.
We met in the yard armed with our various artworks:
Pete Smith had brought a box full of his ceramic hands.
David Bethell brought a shire horse sculpture. 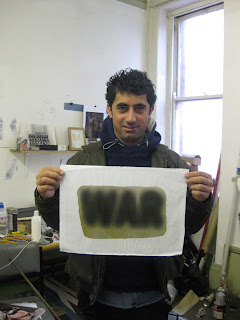 Behjat Omer Abdulla had 'WAR' the first drawing in the series of works he has been making in the past 4 years.
Bryan Holdcroft had brought a drawing. 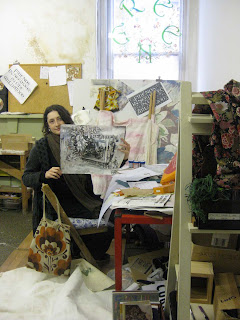 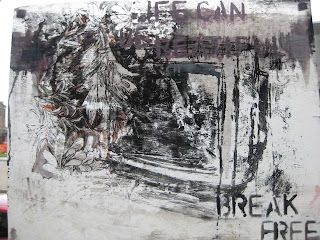 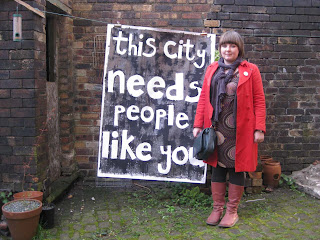 and I decided to burn the first of my handmade text pieces, 'This City Needs People Like You.' 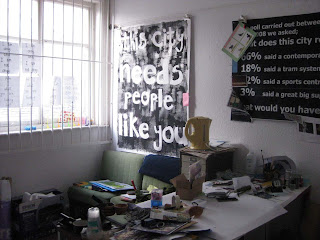 My piece has been hanging in my studio for the past few years, and was originally meant as a message to the people of Stoke-on-Trent, an urge to be socially conscious and active - but also a message to myself. Sometimes, the job of the artist is one which leaves you feeling undervalued, and so a message like this can be important. 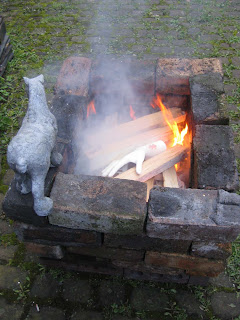 It is recognised that artists and art activity is often underfunded (if funded at all), undervalued and artists are often underrepresented. Since cuts to the arts have made the situation critical, many artists have been forced to stop practising and many fantastic art spaces have had to close or reduce their programmes. This is a terrible mistake at a time when people really need imagination and creativity in their lives, in order to stay afloat during the recession.
As everyone arrived and the fire was lit, the group went very quiet. There was a strange sense of trepidation and excitement in the air,as we one-by-one placed our works in the fire to burn. 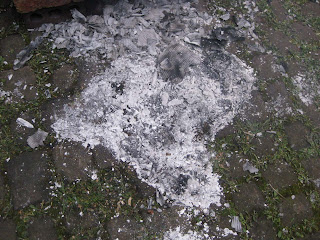 It was over very quickly; my piece - which had taken hours to do burnt up in less than 30 seconds, and left a shadow of itself on the ground.
We hope that in some small way that our burning will draw attention to the cause. As Antonio Manfredi has pointed out, with cuts to the arts threatening to close museums and art galleries across Europe, the public will not have a chance to see artists' work - so why not just burn it, if it is so undervalued?
THE ART BURN CONTINUES: CAM ART WAR NOW SPANS 4 COUNTRIES
Artists - please show solidarity with us by burning art.
Greece: Antonio Manfredi, Naples.
Wales: John Brown, Harlech
England: AirSpace Gallery!
Germany: Thursday, 26th April - Artists in Berlin set to burn art: Barbara Fragogna , Ahner Petrov, Alexander Rodin and Martin Reiter will burn some of their work produced in art center Tacheles in Berlin
Let us know if you plan a burning of your own.
Posted by Anna Francis at 6:23 PM