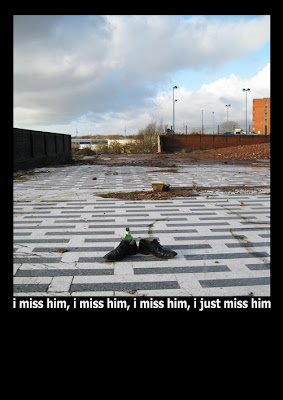 I am really pleased to announce that my piece 'Cinema' (above) has been selected for Posted 4.
68 posters were entered into the competition, and artist group SKART selected their favourite 10. My piece can be seen, with paste still wet in the image below (furthest left) 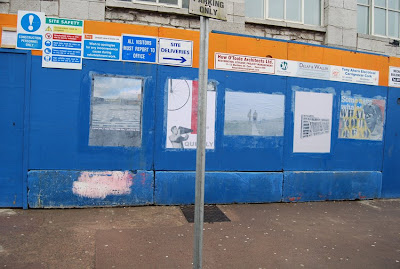 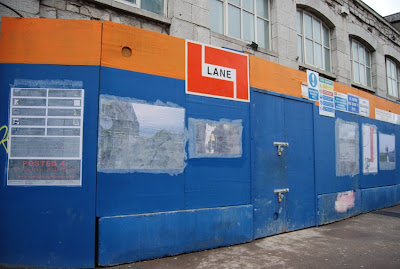 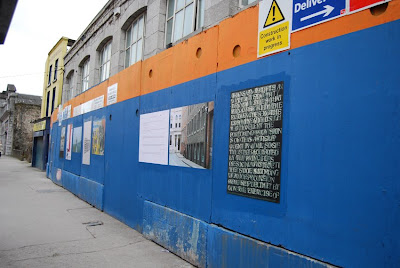 The building was originally a sister to the ‘English Market’, and was known locally as ‘the Irish Market’. It has seen many uses since first opening in 1843. 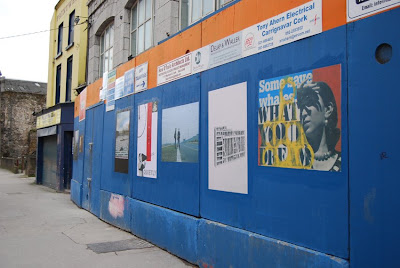 Now, St. Peters Market is being redeveloped as a Public space under it’s original name, to be an arena of discussion, to connect people to a time when talk was the focal point to meeting; harking back to the early 20th century literary cafes of Paris, Prague, and even London where revolution, politics and ideas of the avant garde were developed. Maybe also lamenting the neglect of the intellect of an earlier generation by their oppressors, content to control not connect. And the dominance of market forces in shaping our culture and society.

This project invites artists of all disciplines to respond these ideas through image or text works.' Go to Skart's blog to see the 68 submissions, and the 10 selected works. You can also select your own 10 favourites, which is a lovely touch. You can see my piece in the flesh if you happen to be in Cork. 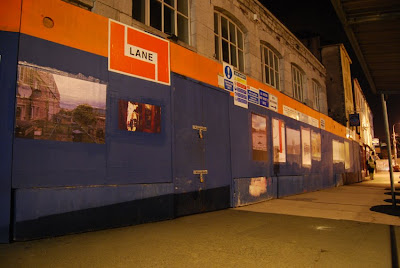 Images of installed work from the Skart Posted 4 website.
This is the rationale which accompanied the image submitted to Skart: 'This is a photograph taken in my city of the area where the cinema used to stand. The space was cleared at the beginning of last year to make way for the Tesco development planned. My response relates to the private, romantic experience of going to the cinema, and the social importance of spaces like these - and the lack of consultation of the public over the loss of these sites.
I have been documenting these sites over the past few years. Discussing the loss with members of the public during the demolition process revealed the depth of feeling that people have, and the very personal significance that is attached to the sites through individual experiences and memories. The text is from my favourite film 'Truly, Madly, Deeply' by Anthony Minghella, and is right at the beginning of the film where Juliet Stevenson's character is talking to her therapist. The film may have been shown in the cinema.

The piece responds to Posted 4's concern of exploring the continueing dominance of market forces in shaping our culture.'
Posted by Anna Francis at 1:17 PM

Hi Anna, glad to read you are happy with the project - and thanks again for lending your image to us! The posters have been getting a good response, and are weathering nicely.

thanks Skart, I was so happy to be involved...thanks so much!