On Friday, 27th March the second regeneration tour took place with a group of Polish visitors. This group had been in the city for 5 days, and are practitioners and students from Warsaw. They will be documenting their stay (and the tour) on their blog - so go here if you want to see... 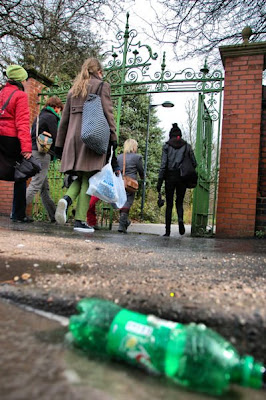 This time photographer Darren Washington came along to document the tour. As we waited for the 5 Polish visitors we were concerned as the sky turned black. Just as they approached it started to rain really hard, and then the rain turned to hail. I tried to introduce myself [as the tour guide]and Darren but noone could hear me, as the rain hammered on the umbrella so loudly, when the wind blew the umbrellas inside out we all ran for cover under some nearby trees, and waited for the rain to pass. 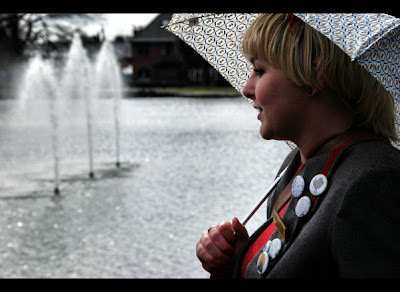 The tour took the same route as last time. The visitors; Patrycja, Julia, Anna, Agnieszka and Weronika asked lots of questions as we walked about. 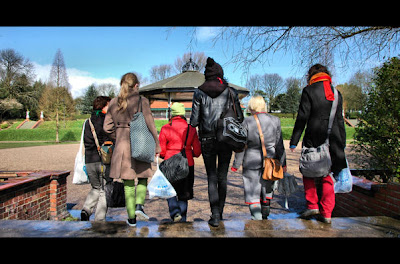 We stopped in the play park in order for the ladies to have a go on the zip wire. 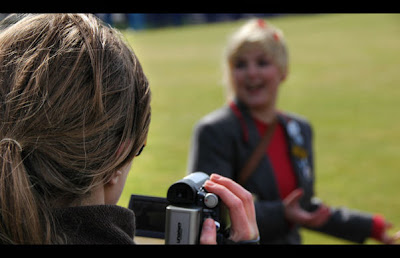 As we left the park we could hear loud noises of demolition, and we were able to see regeneration in action: as the Just Mugs building was being demolished. This was interesting, as the factory two doors down is currently being renovated by Renew, and NSRP. 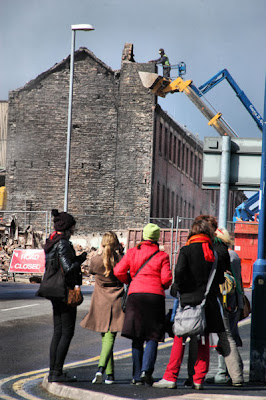 We had a look at the demolition zone going from Broad street to Clough street, and then went for lunch at the Ria Thai restaurant. Then we made our way around to the Bethesda Chapel, where we discussed the Renovation Nation programme from TV, and how the programme was meant to raise awareness about the building, but how it also flagged the valuable features inside the building to thieves, who consequently broke in and stole stained glass windows and jewellery from the skeletons in the crypt. 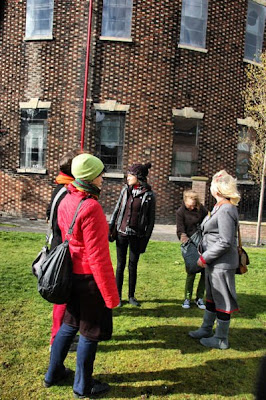 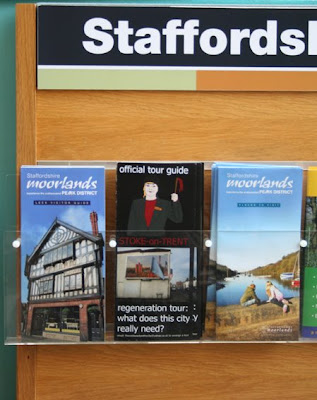 I pointed them out to the visitors, saying that this was where people would come to book my tour. We made our way up to the top of the Potteries Shopping Centre, it was really windy up there as we mapped out onto the landscape where the 1986 Garden Festival had been. 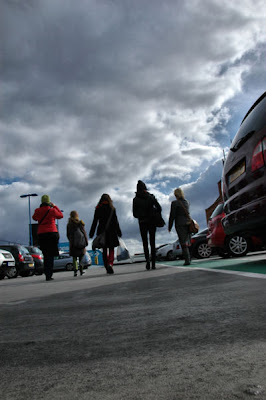 We walked through the centre of the city, looking out for the sweeping vistas visible between buildings, we talked about the lack of a discernible 'centre; where people can meet, hang around or hold a festival, then we made our way to the Bus station, where everyone 'admired' the architecture. 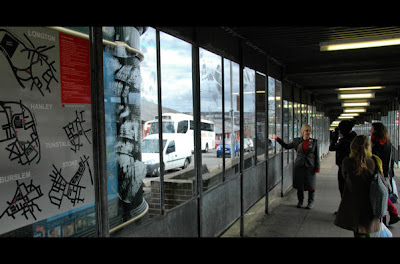 We discussed the need to improve this first port of call for many visitors. 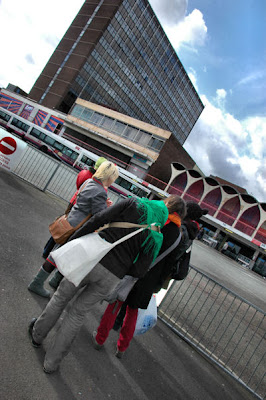 We then put this into context, talking about the developments in the context of the Coachmaker's Arms. I explained the significance of community pubs in the history of the city. 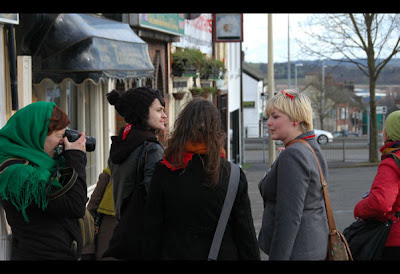 We talked about the need to hold onto parts of our heritage, and try to learn from the mistakes of the sixties and seventies. There was a tendency to demolish now, ask questions later. Many important sites and buildings have already been lost. We went inside the pub for an end of tour pint, and discussion. 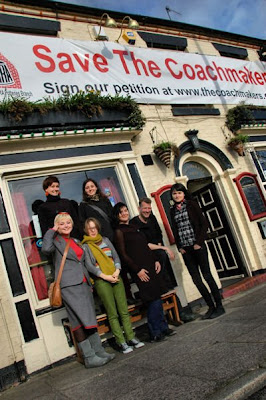 I revealed that I am not actually a real tour guide, but an artist - and that they had been part of a living art piece. We talked about the city's development, and the pub - everyone signed the petition, and the landlord came to chat and explain the difference between lager and ale. 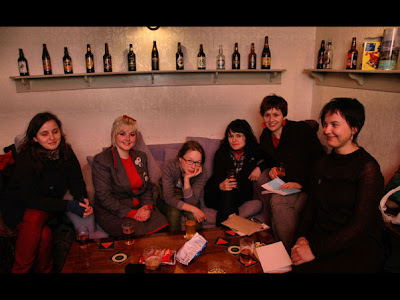 Many thanks to Darren Washington for the Images from this Post.
Posted by Anna Francis at 4:55 PM

Great to see our colleagues doing the same trip in Stoke:)
Greetings from Warsaw!
Ola