The Glasgow exhibition documentation is in, and it looks like people really enjoyed the assignment packs.

Thank you to Janie Nicholl for curating the marvellous show, and sending the documentation of my Participatory Artworks.
They included: 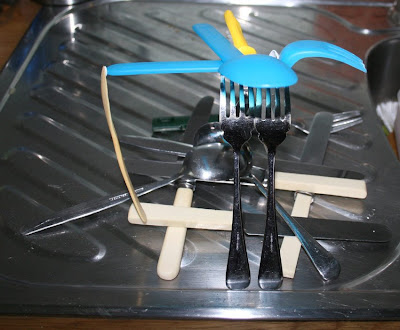 "create a sculpture from the HALLelujah Gallery cutlery drawer" by Raymond. 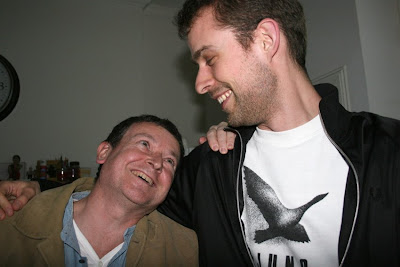 Above: Raymond and random guy 'being Boyfriends' where the participant had to persuade people at the party to pose as their boyfriend or girlfriend. 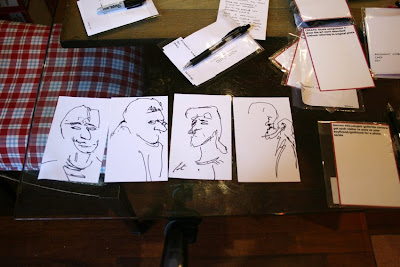 Above looks like the one that said 'do a blind contour drawing of everyone at the HALLelujah! exhibition' which included blank postcards and a pen. 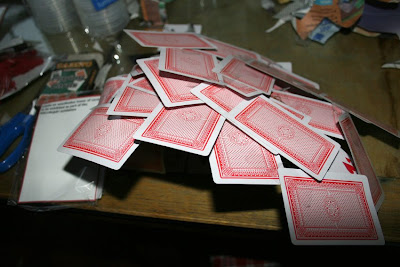 Make an unorthodox house of cards - this pack included a pack of cards and some sellotape; fixed item using repair kit by Rachel Mimiec.Self Portrait using bits and bobs, by Paul aged 10. 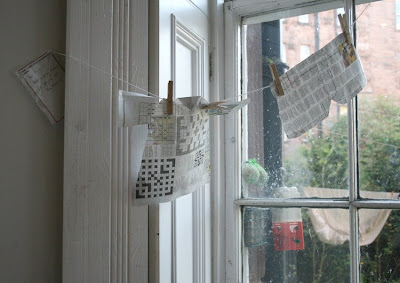 Here we have assignments to: 'make a sixties intervention out of string' by Margarete Skinner. I am surprised by this response, as I was thinking of one of those string drawings of geometric style patterns. 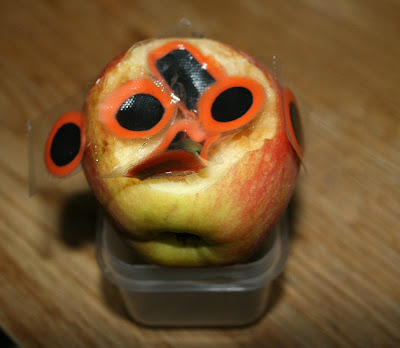 This one was in response to the helpful intervention assignment, where the participant had to repair something. This pack included sellotape and a puncture repair kit. 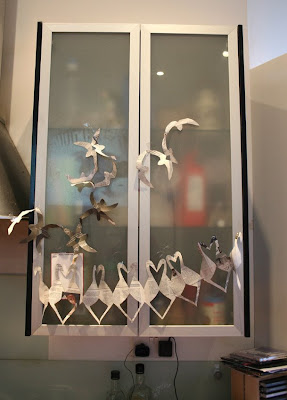 Above: 'make a flock of birds out of today's newspaper' by Fran Schoppler. I like the fact that this one is a flock of flamingos. 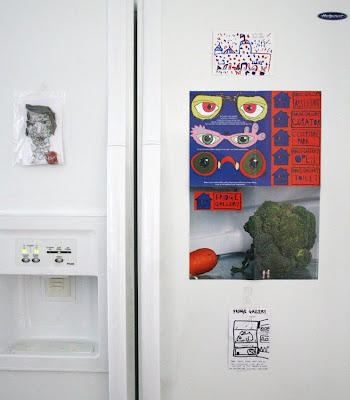 The Fridge with poster and 2 participatory artworks, by Nolan Love and Paul. 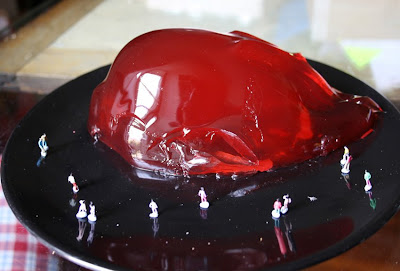 The Headless Rabbit Sculpture and mini viewers in the fridge gallery, which Janie followed the instructions for. 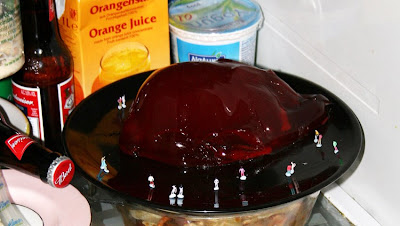 Janie said: 'Anna Francis assignments went down a storm at the opening along with the Fridge Gallery exhibits' on her blog, which was nice. GO TO JANIE'S BLOG to see the other exhibits in the show.
Posted by Anna Francis at 12:00 AM