Beyond Bricks is finished!

So this fantastic project that I have been working on with Katie Shipley for the last 6 months is finally over (save for the publication being printed). Saturday (16th May) was the final day - and was marked by the showcase event, which was pretty full on really. Katie and I arrived in Lozells at 9am and proceeded to do a 4 hour workshop: below the calm before the storm. 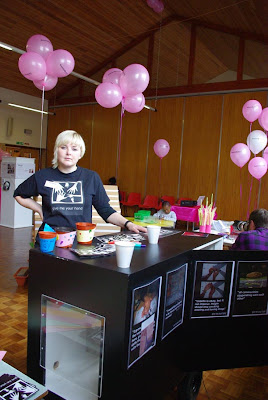 We decided that as well as scanning in hands with our giant suggestion box on wheels we would also do a seed planting workshop - to continue the theme of working with our hands while talking to the people of the area. 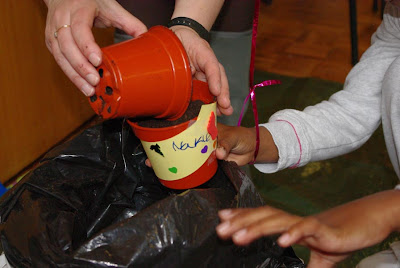 The workshop was actually so hectic that it was hard to have any really meaningful conversations with people about how they feel about the area, but this was ok really, as we have been doing this for the last 6 months. 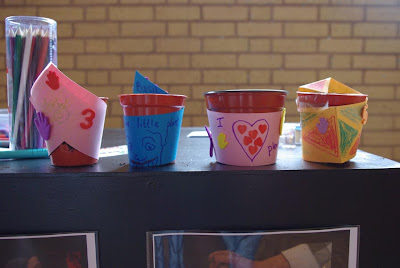 It was a good opportunity to talk to people about what we have been doing, and show them the brochure we have produced in order to feedback to the developers on what people think. Once the morning workshop was over we had said we would pull the box to the days' second venue - it had been pouring with rain fro much of the morning so we thought that may have to be cancelled, but then the sun came out. So we made our way to CMAT in East Handsworth. On the way people were really interested in the box, and shouted from cars, what's in the box? 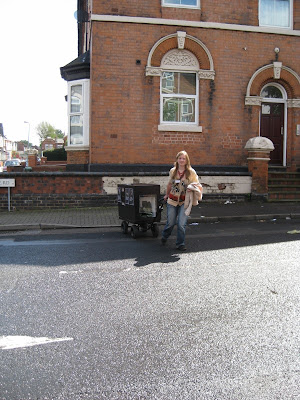 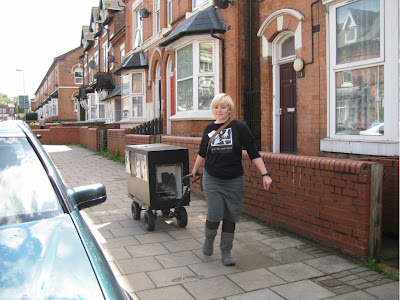 We were really pleased to see the display that Multistory had set up for us to showcase our project, and we parked the suggestion box with our other posters. 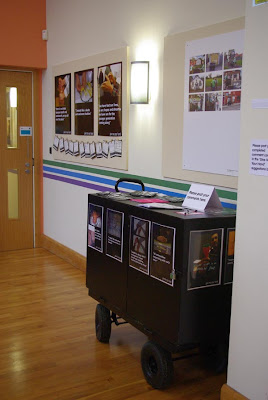 The afternoon was a chance to catch up with the other artists and practitioners that have also been working on the project. We watched the wonderful, moving films that have been made as part of Beyond Bricks. Go to the website for more details.
Now all that remains is to write up the findings for the publication, which is due later this year. 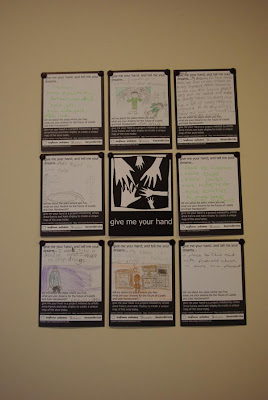 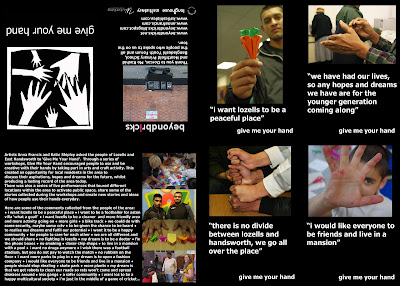 Go to our blog if you want to see the entire project as it unfolded: Give Me Your Hand.
Posted by Anna Francis at 9:21 PM