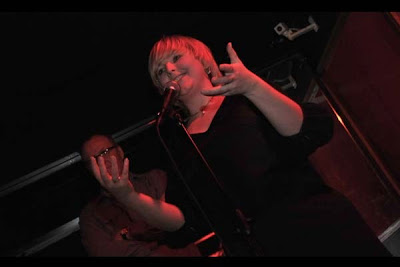 Last night was the first ever Pecha Kucha night in the midlands!
Pecha Kucha means chit chat in Japanese, and is a creative presentation technique where the speaker gets 20 slides, and 20 seconds per slide to talk about whatever they want. Could be their passion, the things that bug them or anything at all really. I was compere for the evening - and did a lot of hand waving and gesturing. 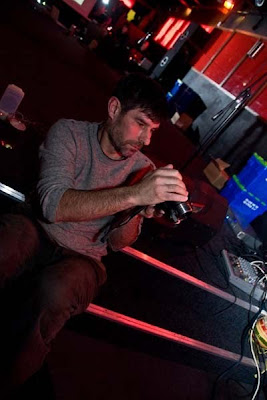 There was a lovely variety of presentations last night. 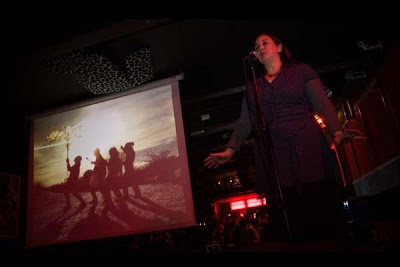 First up was Susan Clarke from B Arts, talking about the wide variety of places that she has performed, from band stands to brothels. We had a bit of a technical hitch, and the slides got stuck on one image, but Susan didn't let it upset her flow. 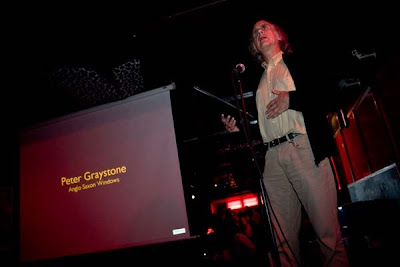 Then Peter Graystone gave a wonderfully in depth look at Anglo Saxon window types, showing that Pecha Kucha works with any topic. 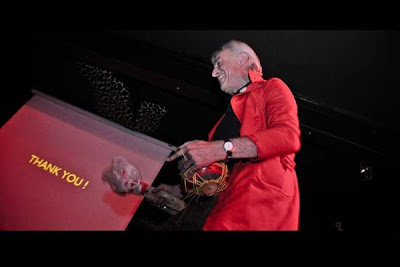 Next up was Bernard Charnley with his unstable prose poem, this was made additionally great with Bitjam's responsive sound making, adding to the atmosphere.
Then everyone in the room joined in with a living pecha kucha speed meet, 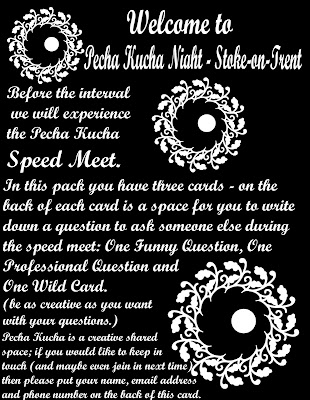 where each person had 3 questions and had to meet new people in the room and ask their questions - one professional question, a funny one and a wild card. The room descended into happy chaos, before we broke for beer. 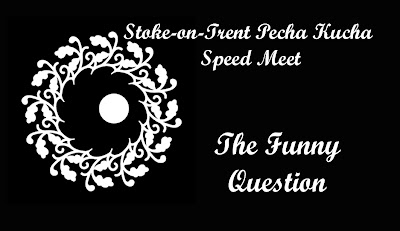 After much needed watering we were back on with Phil Rawle, telling us about all the people that had inspired him in his life, 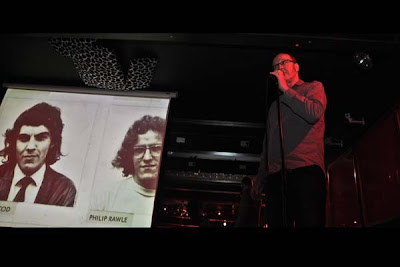 this was a touching and personal journey through Phil's world - and showed another side of Pecha Kucha - where surprising things are revealed about people that you know. 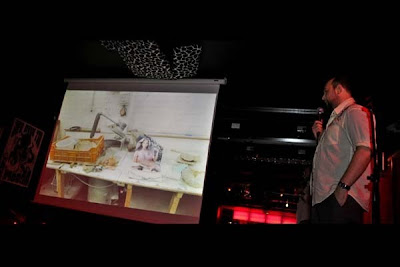 Next was Mark Brereton who took us on an insiders trip round the recently closed Spode factory. The images of a working factory, seemingly abandoned where poignant, and sad. The final image in the presentation showed a white vessel, that had been used as a plant holder, but the plant within it having long since died. Mark used this image as a symbol for possibility for the future of the city - the old life may have withered away, but the vessel itself is just waiting for a new use. 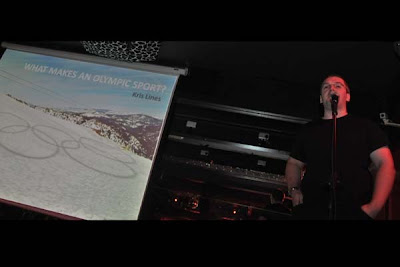 Next a change of tone with Kris Lines instruction on how to become an Olympian - and what makes an Olympic sport. 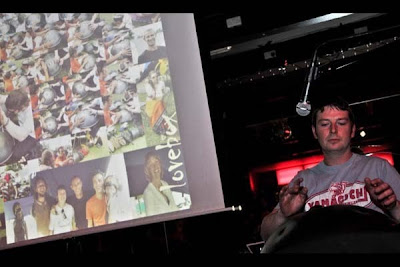 And our final presentation of the evening was from Michael Colley, who gave a great demonstration of his Hangue - a metal dome shaped percussion instrument, which makes a beautiful sound. 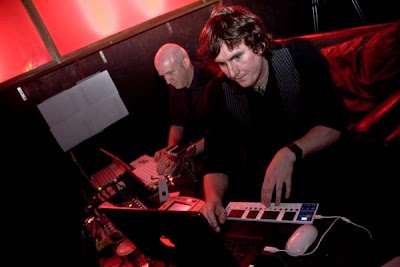 Throughout the evening the gaps in between people and presentations were filled beautifully by the responsive sounds of Bitjam - Carl Plant and Ben Macmanus came along with their equipment and responded to the films which were on show. 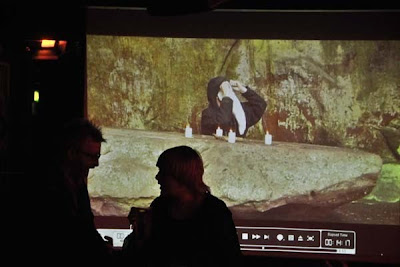 These included Anri Sala's haunting Dammi i Colori and the AirSpace boys' fantastic Denim and Leather. After the presentations Bitjam played us out along with Michael Colley and his Hangue, and we let the films role. People stuck around for quite a while for a chat and a beer, which I think showed us what a success the evening had been. We forgot to count how many people were actually there, but the room was full so we guess about 80. Lots of people expressed an interest in getting involved, and asked when the next one is - so that is a really fantastic sign.

The evening was documented by Inspired Film and Darren Washington, All photos on this blog are by Darren - more details at Iconic Images. Check back here later for a link to the film documentation.

But for now you can read the coverage provided by The Sentinel!
Posted by Anna Francis at 11:11 AM