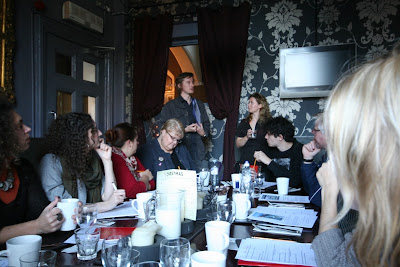 I was one of the artists selected to go on The Factory Nights Experience yesterday at Fat Cats Telephone Exchange Building.
I go here for a pint, and have done since the day it opened as Fat Cat Cafe - but have never been upstairs before so I was really keen to be involved in this.
We arrived and were given a short briefing by Michael Branthwaite and Janine Goldsworthy from Rednile Projects. Then there were introductions around the room - to see who everyone was. I knew all but two of the assembled people already - but it was good that there was a mix of disciplines (artists, musicians, writers etc.)
We were then allowed upstairs to the amazing glass roofed room. 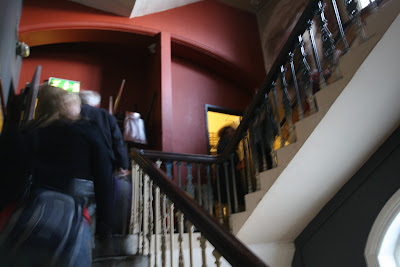 There were quite a few gasps as people entered the grand room, which was once the switch room for the exchange. The beautiful shape of the ceiling, and ornate glass were fantastic. 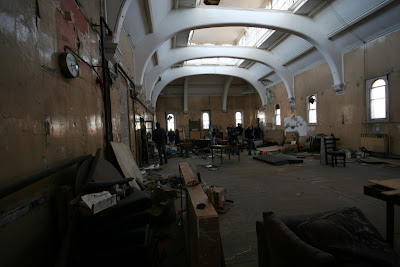 Everyone explored the contents of the room - it has become a bit of a dumping ground over the years - but had lots of interesting artifacts to look through. 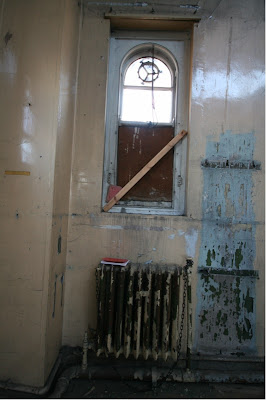 One thing which was commented upon by Greg was that though the books all had the appearance of historical documents it may not be the case that they had lain in the room since the buildings was first in use - many of the the books were actually reproductions - and not really that old. It was thought that it might be more likely that the books had once been bought as a collection in that 1990's pub decor habit of having shelves of books. 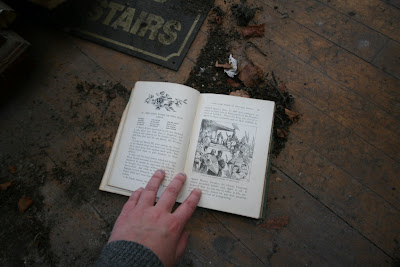 There were some great letters lying around - and I thought I would really like to gather these together to create a text piece to install downstairs in the bar - reminding people about the history of the building. I could see what letters there are and then get any extras made at Weston's Signs down the road. It could say 'Call the Operator' in reference to the idea I am working on in response to the event (more about that later.) 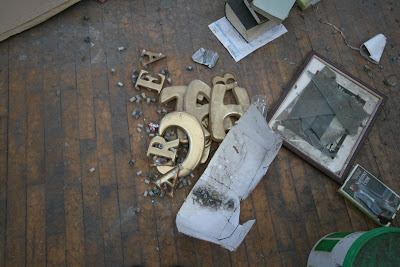 One thing I noticed was that quite a few of the people at the event were rearranging and picking up objects from around the room to take home with them. I found this quite difficult as I felt I wanted to capture exactly how the room had been left - before any intervention could be made - this is of course the nature of collaboration! You may not always agree with other people's approach to a situation. I wanted to shout out - stop moving everything! I found my reaction to the situation interesting... 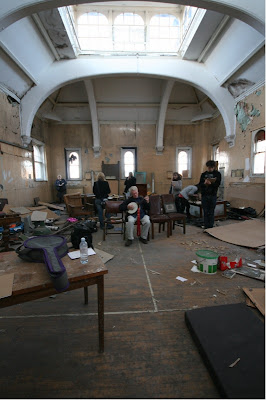 Greg had brought his banjo along with him - and gave us all a treat in the form of a rendition of a 200 year old 'Hanley Hornpipe.' Then historian Fred Hughes came along to talk to us about the history of the building - and its layout - which was very interesting. 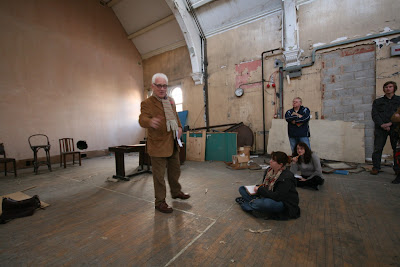 He talked a bit about the front room downstairs being the place that the public would come and queue up to pay their phone bill. 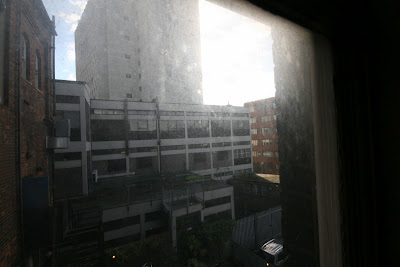 Also talking about when the bulk of the machinery moved next door to the big brutalist 1960's telecom building. He pointed out the lines on the floor - which had been painted on as the Managers used this space as a Badminton court. Fred also spoke about the Hanley Railway station which had been nearby - and the fact that Piccadilly Arcade used to be a cinema - these things I am going to research and go and have a look at the remnants. We then returned to the room downstairs for a spot of lunch and quick chat about our initial thoughts and reactions.
Rednile Factory Nights usually lead to commissioned works - and though this is not the only point of the event - I think it's great that artists may have an opportunity to make a piece of work from an inspiring visit.
They have already released a call for proposals in response to the event - and I am formulating a proposal. I would love to develop a new character 'The Operator' - I used to work in the third incarnation of the three Telecom buildings in the vicinity - the newest (and worst architecturally) where I was a 192 operator. I would like to do some kind of performance where people in Fat Cats can call the operator and access information about the history of the Telecom building. 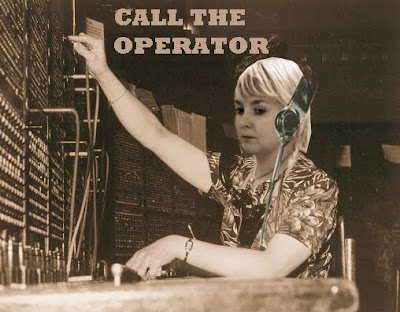 I would also like to collaborate on this with Kate Lynch and Katie Shipley. Kate mentioned creating a book and Katie talked about wanting to create something which could go on each table in Fat Cats - so perhaps this could be some kind of telephone directory/menu for people to select the piece of information they want on the telephone. Katie also mentioned the idea of a phone sculpture and when you pick up and listen you hear stories from people who used to work in the building. I am also thinking that perhaps people could get me to deliver their messages for them - I like the way if you send a text message to a house phone you get a computer voice reading it to you - I could ask people to send me their text messages and then I could call the people the messages are for and deliver them in a human way - drawing on the old ways that operators used to pass on messages.
When I worked for 192 we often used to get dirty calls - I wonder if we would get any if we did this?
The proposals have to be in by the end of the week - so there isn't much time to work on this really, but hopefully we will get a chance this week. Even if we don't get selected - it was a great chance to explore one of the city's important heritage buildings, and we had a good morning doing it.
Posted by Anna Francis at 7:00 PM

Exciting ideas, I hope to see them realised !

Also interesting you mentioned wanting to stop people before they touched anything ... I saw a book title that seemed to be there just for me, so I took to read it and I took some letters : initials of my children and their friends. I had left my children at some friend's in order to be able to come to the Factory Night event. When I gave them the letters, their mum was very surprised and pleased to hear where they were coming from as her own mum had worked in the Telephone Exchange Building !

A couple of years ago, I did some interventions in the derelict factory where Airspace was first. I took lots of items home and they become part of my everyday life. I documented the whole process and the series of pictures was called “Between Art and Life”. It was a very important time in my practice and life where I was wondering where the limits were …