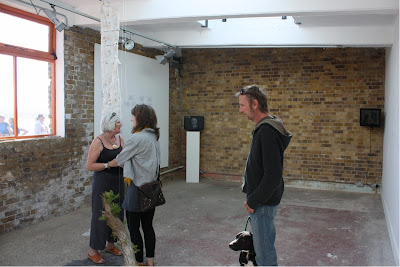 The Being Digital group exhibition which I am in on Margate Harbour Arm opened on Saturday. I was really keen to be involved in the show as I had become interested in the emoticon, and how it is used to try to add emotional nuance to written conversation. I was also keen to be involved as the show was timed to coincide with the opening of the Turner Contemporary. Pat Wilson who organises the exhibition programme at the gallery was astonished with the more than 1,000 people that she estimated had visitied on Saturday. 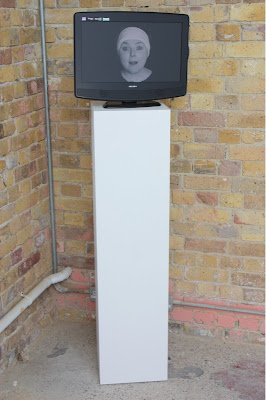 I use a lot of social media and messaging in my work, and of course communicate a lot by email, and often find misunderstandings occur due to the often instant and quick response nature of the form. I do not use emoticons, as I find them an inadequate addition to an already limited form of communication. I also find that they bear little resemblance to the human face, and this is something I wished to explore in the piece Emoticon. First, can the emoticon change the reading of a simple text, and second, can my face mimic the emoticon?
You can see my piece, and Andrew Branscombe from AirSpace's piece as part of Being Digital at Margate Harbour Arm Gallery weekends and bank holidays until 2nd May, or see mine here below.