Through A Glass Lightly 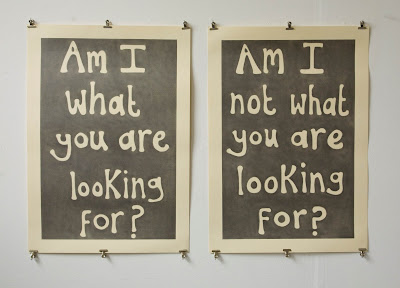 This summer has been a full on one in terms of making art. As well as project managing the Kiss Me Quick show for Margate, and making a significant new piece of work for it, as well as doing a residency at the Burlington Fine Arts Club, Manchester, I was also invited to be in an exciting show, due to take place at the GoCart Gallery in Visby, Sweden later this month.
I was invited by Harrington Mill Studios, who as well as representing some of their studio artists, have invited some of the artists that they have worked with over the past few years. I did a two month residency in the studios back in the summer of 2008 (SEE THE WLTM BLOG HERE) - so I was delighted to have been asked.
The show title 'Through A Glass Lightly' references the Ingmar Bergman film 'Through A Glass Darkly' which tells the story of a young woman struggling with schizophrenia, and her relationships with the 3 men in her life. The film is a dark tale of confusion, and sexual tension and was my first point of call for researching an approach to the show.
Artist David Manley who is curating the show together gave this advice when considering new works for the show: "
Posted by Anna Francis at 2:46 PM