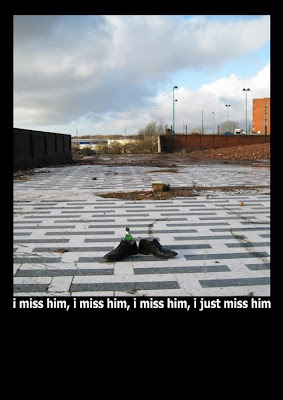 My photographic/text piece 'i miss him' will be on display from 12th December until 18th April 2010 in the Romantic Proposal exhibition at The Potteries Museum and Art Gallery, along with 3 new text pieces, which are interspersed with video documentation of Emily Campbell's 'Love Ties' project, the large text based piece in Hanley Park. I assisted Emily on the Love Ties Project back in 2004 - talking to and working with members of the public in the park - generating texts about love. One of the ways that the texts were gathered was through a flower stall that was set up at the entrance to the park - people could select a flower and just had to say who they would give it to, and what they would say when they did.
I'm really pleased that my pieces are included in the exhibition, and I am looking forward to seeing how the work looks in the space. 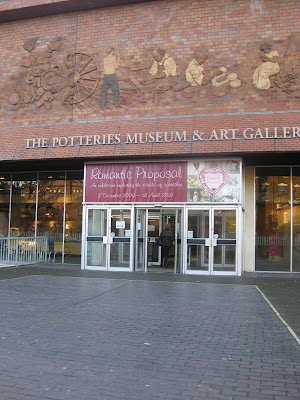 Follow Up: On arrival at the museum there was a big sign outside advertising the exhibition. Once inside there was some beautiful romantic music to be heard, which attracted people towards the first floor gallery space - where a string quartet was playing. 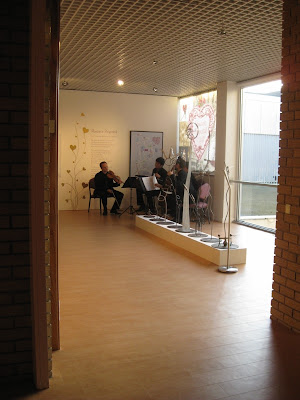 The walls of the gallery are painted a deep red colour. There are various approaches to the courtship of relationships, most of which celebrating the heart and flowers chocolate box stuff. I suppose the title of the exhibition 'Romantic Proposal' suggests this approach, but still I was surprised by the lack of balance.
My piece I think stands out as being one of the few pieces in the show to cover the darker side of romance; and what happens when it all goes wrong. 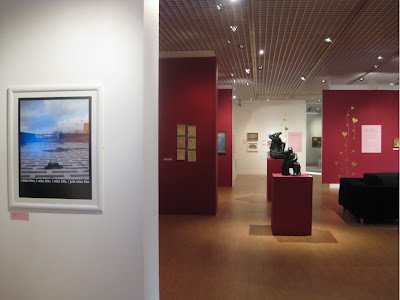 I believe that my piece talks of love and loss. 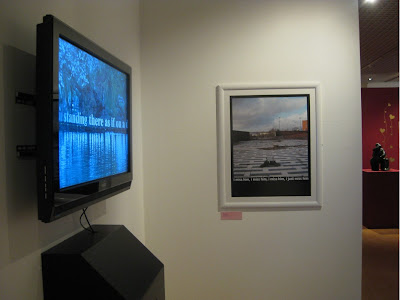 My second piece 'Romantic Triptych' goes even further down the road of loss; being the birth, life and death of a relationship. This piece is shown on a video screen, and is interspersed within the video documentation from Emily Campbell's Love Ties project. Now that I have seen the way that it is displayed, I am not very happy with it; but it is an important learning curve. 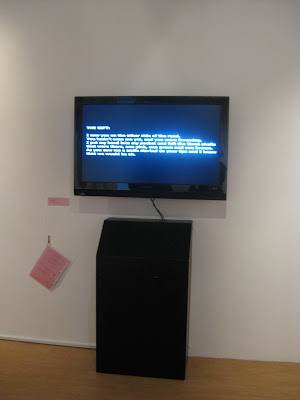 At the time that it was suggested I was unsure, but allowed myself to be swayed, I do now think that I should have had the strength of my convictions, and should have insisted that the work be shown as it was intended (printed and displayed as a linear triptych; birth, life and death) or not at all.
Posted by Anna Francis at 7:46 PM