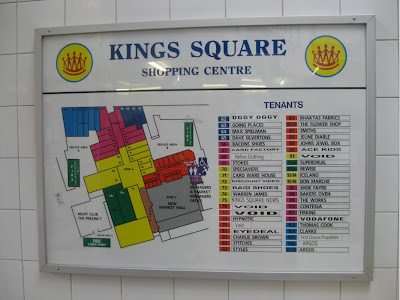 I do feel that important information has been gathered out of some of the activity I have been involved in, within regeneration projects over the last few years - but what happens then? As Karen Leach framed at the conference 'Are we just talking to ourselves?' If it is only other artists and practitioners that get involved in the discussion around the findings, and look at the output from the activity, then is it really worthwhile?
Lots of questions to grapple with then.
Posted by Anna Francis at 11:53 AM

Crikey Anna The process of posting a comment on here is byzantine to say the least. I have been watching your exploits from a distance for awhile now and think you are right to take stock. Pronblem is of course that the true value of what you do is determined by other and not yourselves. As to being exploited workers I should forget it!! You come from a base where your labour has no 'real' value since no one much cares whether you do or you don't (except for those who already care that is!!) There is of course a place for political art but I don't think it pays much more than the minimum wage if that!
On the subject of wages-your £7.39 an hour isn't that bad particularly when you realise that since your labour goes towards your Phd and future benefits then its probably worth a bit more than you quote because the labour has a value not given in monetary terms as opposed to say being a dustman which probably does not-except for perks that is.
But an artist has no value beyond that ascribed to them by others-that much is true.
As for regen vultures that is true-I used to be involved in inner city regeneration photography projets in Leeds many years ago-mostly workers-artists or not- are simply looking for a crust to eat and self advancement -that is the way of the world ....good luck with your reflecting!!