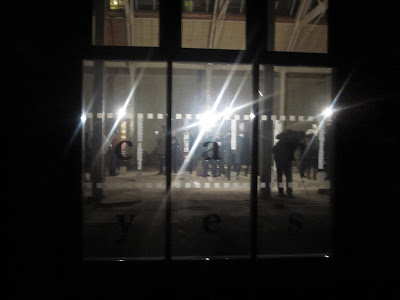 On Friday we popped over to Birmingham to Trove, the old science museum gallery run by curator Charlie Levine. 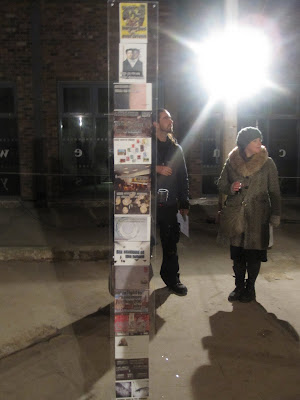 It was the opening of the Paris Correspondence School project exhibition. Back in the summer Charlie got in touch to ask if I would design a postcard for the project. She was going to Paris and wanted to make interventions with the postcards (designed by 16 selected artists.) I liked the idea of revisiting one of the projects I did in 1998. See this post from earlier for details of stage one and then this one for stage two.
We all got a pack of the 16 and a load of addresses of all the artists involved and then had to doctor the cards and send them to each other. 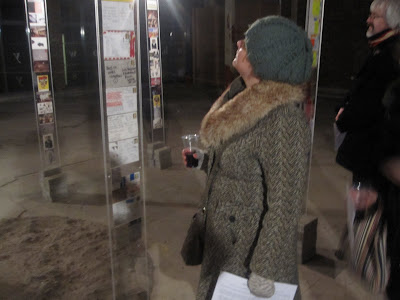 I was interested to see how Charlie would display the postcards altogether. I really like what she did. Each set which an artist had doctored and posted off were displayed together in a line, sandwiched between perspex. The space was looking grand, and has had a new door since I was last there. 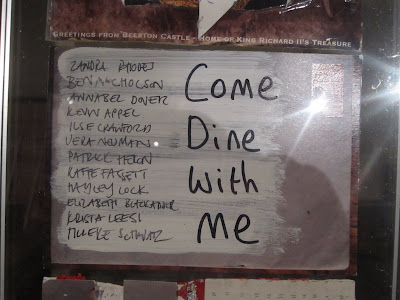 Here is one of my ones, which has been doctored by someone else. I like Come dine with me, and was thinking this one must be their ideal dinner party list.
The show will be going down to Minni Weisz studio in London for an exhibition in February, which is good news. Thanks for asking me Charlie, it was a lovely distraction for the summer, and great to see it develop into a show.
Posted by Anna Francis at 11:56 PM

Thank you for being part of it Anna, I'm still overwhelmed by the artists re-workings and by peoples response to the show! All so much more than I imagined.