Japan residency, drawing to a close 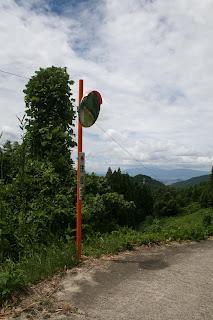 My residency in the mountains ends the day after tomorrow. I will have been in Japan about 3 weeks by the time I leave and I think it has been a great visit. I have made some fantastic connections to build on for the Indefinable City project, I have found out quite a bit about practising as an artist in Japan, I have had a chance to reflect on and evaluate my practise over the past few years, and I have learnt to make gyoza. 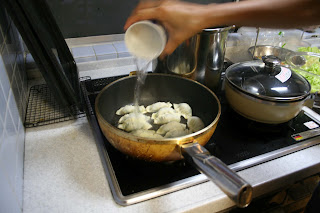 In the U.K. we are talking a lot about cuts to the arts, and what impact that might have on arts activity. In Japan everyone I have spoken to has said that there is not a lot of funding available here, and what there is, is so difficult to get hold of, that most people don't bother - I have heard more than once: 'the energy put into applying could be spent on making more work.' I have also heard that being an artist here is hard - everyone that I have asked has an extra job, and also stark differences in how artists and art activity is viewed have surprised me. Jamie told me that most people regard art as something that you do as a hobby, and like most hobbies in Japan - this hobby is expensive. Jamie took me to Tokyu Hands in Osaka - a department store which seems to be dedicated to hobbies - it seemed that there was a kit or a tool for everything there (one which stood out was a kit for making a kaleidoscope). So, artists wishing to show their work can not only expect not to be given a fee from the gallery, but on the whole will be asked to pay a hire fee themselves for the space - something which is often obstructively expensive. This might be OK if the art market is strong, and the artists can expect to make money back on sales, but a few people told me that it is relatively difficult to sell work - one person told me this is because on the whole, people do not have a lot of space for showing work in their homes, so don't buy it. I recall going to the Tokyo: DesignFesta when I was in Japan in 2003. It shocked me that there was such a lot of talent in this enormous warehouse thing - and how cheaply people sold their work and skills - I had a small (A6) portrait sketched by a lovely artist called YUMI, it cost me 100 yen which was 50p at the time. DesignFesta also run a gallery in Harajuku, where artists can hire space for the day - current price is from 525 yen (about £5 in today's money) for one piece - and walls are split up like the image below - so there is no telling what your work will be exhibited with. 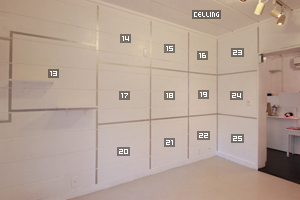 This was really interesting - I advocate a policy of (almost) never paying to apply for an opportunity or to show my work - so how would I get on in Japan, where I would be expected to pay someone else for the privilege of showing? Also, a lot of my work would not fit in one of those spaces (being performance, intervention etc) and most of it is unsaleable, so the situation for artists like me would be quite difficult. In fact, I didn't meet many artists who are like me while in Japan, and when showing people my work, or talking about it I was told, no, we don't have work like this here.
I met a very interesting artist, Keijiro Suzuki at an opening at Galaxy Gallery in Osaka on Friday night. I felt that of all the artists, his ethos and approach to practice was most akin to mine, so no surprises that he didn't study in Japan. We had a long talk and it is even harder for an artist to practice here if there work is like his. He creates situations as art practice. 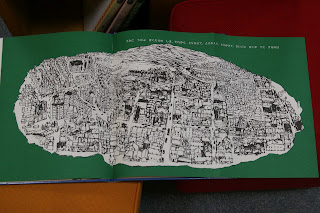 While I have been here I have been trying to write a descriptive text as an introduction to Indefinable City II - the idea being to write about and plan a city. I had thought about the city being designed by artists, and that urban planning - if designed by artists, would be much more effective and better. I have begun to plan a city: called Mountain Island City probably inspired by the amazing community feeling here on the mountain.The idea has developed that this was a previously undiscovered island, and that 50 years ago at a world summit it was agreed that the new island would become a testbed for a new way of living, embracing all things sustainable and ecological - and populated by artists and other creative people. I started writing, but it got me thinking - would this be the worst place to live? All these egos on one island - and maybe we would end up being uninspired - having nothing to rub up against? That will have to be something to come back to.
Also, on my second day here I happened across an ikebana demonstration in Takashimaya, Osaka. I was struck by how beautiful the displays were, but in particular the arrangements which surprised me, were the ones using more natural looking plants (weeds), of which there were only a few. It got me thinking about the story that Michael told me. We were at work, but we had gone onto the street, because the Olympic Torch was due in the city that day, and to celebrate a parade was planned, so we went out at lunch time to have a look. The parade passed, and we noticed a man who didn't look quite right, moving along the street with the other parade goers. He looked quite drunk, and was wrapped in a tattered looking St. George Flag. Michael told me that he saw him a few days later again, but this time by the site of the old ABC Cinema, next to the gallery - the site that we have been looking at and making work about for some time. 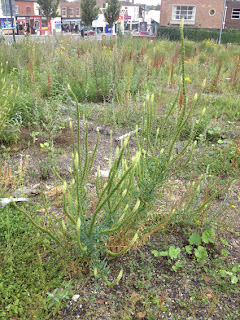 Since TESCO was built, and the land there turned over, an amazing array of flowers have appeared in just over a year, the man was foraging about on the site, and when he emerged from the other side, Michael was amazed to see that he had collected the most beautiful bouquet, wrapped in newspaper. 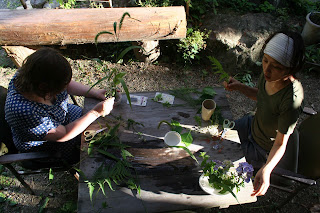 This got me thinking about an ikebana class on the ABC site. I have bought a couple of great books on Ikebana for reference, and though they are in Japanese, they are very useful. One of the things I like about Ikebana is that it celebrates all forms and states of nature, so as much as the new bud is cherished and presented, so is the old dead form, with moss growing over it. I would love to do a wild ikebana class, using found and salvaged 'vessels' instead of fancy vases, as I think that this really represents the other aspect of Japan that I really like (as described by Yoshida Koh in a previous post - all about how objects are being more cherished and rubbish recognised as potential resources since the earthquake. So, for our studio show in September, I plan to explore using Ikebana on the ABC site, and perhaps do a workshop there. (Below and above: Aiko and I collecting plants and flowers from the mountain to do some ikebana training.) 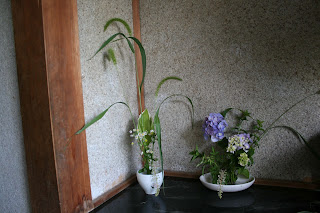 Of all the residencies I have done, this one has seen me do the least in terms of making new work, and the most in terms of reflection and thinking. Also, I feel I have seen a lot of new things, and learnt about a different context for how artists survive. When I get back, I know that there is so much to do at AirSpace with Conjunction coming up in October, plus I start my new job as joint course leader of the BA Fine Art at Staffordshire University - so I think maybe what I needed was space to get my head round all that, and a break from the rollercoaster of practice, job and gallery that has been the past 5 years. Thanks to Jamie and Aiko for providing this amazing retreat space. I get the feeling that a residency at Headspace is whatever you need it to be. There is an enormous studio room, a small two storey gallery space, lots of outdoor space, and a whole mountain to explore (and that's just in the immediate vicinity.) I recommend this residency to anyone. Click here for details of how to apply. There is funding available from Anglo-Daiwa, and the new arts council international funding stream looks promising, if you are also making international connections alongside the residency. Jamie can put people in touch with Osaka based galleries that could lead to an exhibition: for example Galaxy Gallery, Soho Gallery and Tsukiyo to Syonen (I met the Directors from each and they are great - and all of these spaces will hire their gallery out.)
Posted by Anna Francis at 7:03 AM