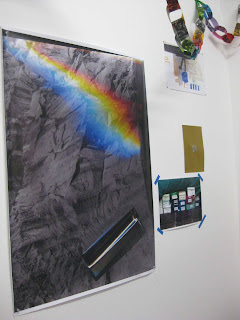 Back in the summer, while doing my residency in Japan, I was really interested to hear about the trajectory of Paper gallery in Manchester. They seemed to explode onto the North West's art scene, immediately getting a lot of attention by doing really well at Manchester Contemporary. I really like the simplicity of their idea for an artist led space, and so responded to the call that was out in the summer. Each show is called Paper: _____ the one on at the moment is Paper: Copy and includes artists working with photocopiers, to produce multiples from an original.
After I sent in my expression of interest in the summer Nicola Smith, one of the co-founders of the gallery got in touch about an exhibition that she is working on, Paper: Perform, which will look at the currency of performance art, and documentation.
I went to Manchester this weekend to meet Nicola, have a look at the gallery, and see what might be of interest in the local area to work with.
I am still thinking a lot about using flowers and ikebana to talk about space, and how it is governed and developed in cities, and so went along with that in mind. 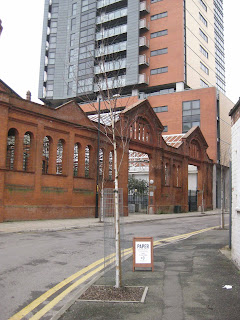 Nicola took me around the local area, pointing out the beautiful red brick building opposite, which used to be the sorting office...post art springs to mind. We met Christine Lawley who has a studios in the building, she had grown up in the area and said that it's a fantastic part of Manchester, she said they had not realised that the sorting office was such a fantastic colour, as it had been black with pollution. She also said her school had been nearby, but that it's a car park now. She also pointed out how close we were to Strangeways. 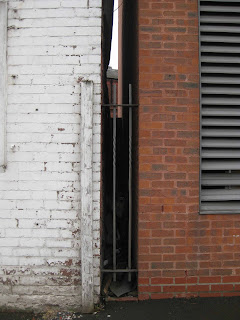 Paper and Mirabel studios (where paper is located) are new to the area, but since they opened, a sushi bar has opened around the corner...gentrification is already beginning. I am keen to pick up on the way that this works. The Mirabel building is just off Deansgate really, so why has it taken so long for development to begin. I want to express the way that an art space affects is locality. I suddenly realised while I was there that there is a real correlation between the way that invasive weeds like buddleia find thetiny gaps and bits of overlooked fertile ground and grow there, and that this is exactly what artists do too. We operate in the forgotten places, and demonstrate value, we make something out of nothing, and slowly views change of an area. 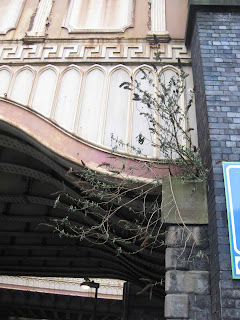 I began to think that for Paper: Perform, I should do something that leaks out of the gallery, into the nooks and crevices of the streets outside of paper, populating the gaps, and letting people know that paper is there.
I am thinking of making a kit, so that people can make their own paper buddleia, to put on the streets outside of the gallery. I am also thinking of a walk from Manchester Piccadilly to Paper, noticing all of the evidence of weeds on the way. I would like to do something involving an ikebana demonstration, but I am not sure how it fits with the other ideas. I have also found myself buying a load of wild flower cigarette cards since getting back from Manchester, not sure why, but I am sure it will all make sense by June.
Posted by Anna Francis at 4:22 PM

Paper will be at the BAD EDIT tour date in Manchester on Thursday 28 April.

Come and meet them and other creatives!