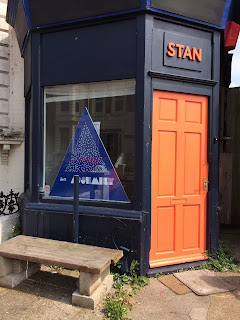 The event was hailed as an opportunity to explore how artists working with local community groups can, through creative acts, uncover and support resources pertinent to that community. It was designed as a workshop for artists working in social practice; with people in changing places. It was an intimate event, due to the size of STAN, but the conversation which the group had was so timely, useful and very productive. Many thanks to A-N, Louise Hargreaves and Dan Thompson for organising, but also enormous thanks to the artists and other practitioners that attended, and contributed to the thinking that follows. 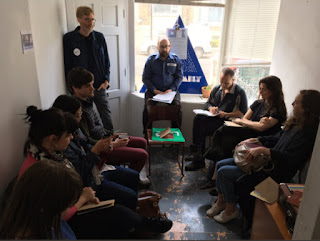 I began by talking about how working in Stoke-on-Trent for over 10 years on projects which explore the city and its resources and the artists role within this changing context, I have developed an approach to working in the city; employing an action research methodology, which is always the same, even if the context can change drastically. For each new site this involves spending time really looking, and researching the place, gaining an understanding of the history, development, usage and users of the space. Next comes a time for planning an approach to the site, based on what has been observed and learned; perhaps based on the resources of the place, or responding in some cases to a need or gap. The planning process is also where partnerships can be formed around an approach to the site, plus additional resources are, at this stage, assimilated and the intervention agreed. Next comes time for action, carrying out the plan. And finally, and very importantly, comes reflection. The point in the cycle where the artist and those involved in the project look back at what has happened, what has worked, what have we learnt? Is there a new understanding of this place, and is there more to be done? Then of course, the cycle can begin again.
An important aspect of the work is in documenting every step, both visually  but also importantly, considering from the very beginning the importance of collecting thoughts and evaluation materials throughout, hearing from participants about the site, documenting any changes and then later exploring participant response to the intervention. This supports the reflection and analysis of the project, but also ensures as practitioners, we are remaining reflective and receptive to the context. 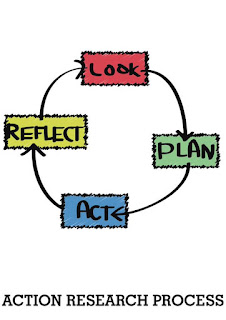 Considering the action research cycle, it is possible to involve people at any stage in the process, and often is best to involve people at every stage, but this really does depend on the context.
Via this methodology, I was able to set out three projects, which demonstrate my particular approach, showing how an empty bandstand, an abandoned garden and a disused pub have all become sites for my practice over the years, and have all involved working with people, to temporarily and sometime more permanently make changes in the city.
I started by setting out the roots of the word Community: originating from the French late 14th Century, Comunité meaning commoness and everybody, it also has roots in the Latin Communis meaning 'Common, public, general, shared by all or many'. This feels important within an approach to working with people; keeping in mind consideration around sharing and inclusivity, and perhaps creating a sense of belonging. In my work, the 'community' I work with may be pre-existing, but equally sometimes the community forms [temporarily] around the project.
The 3 projects I talked about were: 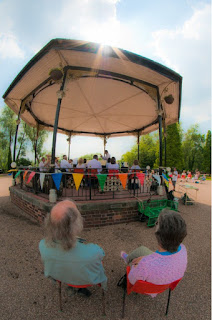 Repopulating the Bandstand from 2010 - a one day project as part of an arts festival I curated within a park, that was identified as being quite neglected. The project recognised the potential of the disused bandstand, as a site for community celebration and action, and for just one day, my intervention saw it spruced up and used as a venue for a brass band concert. More here. 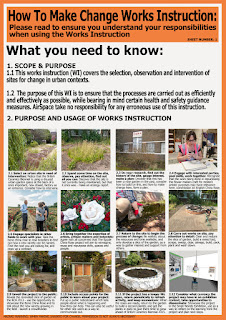 The Spode Rose Garden from 2013 onwards, proposed and abandoned garden, as an important green space. Through a process of intervention and engagement, myself and AirSpace Gallery have worked to turn around this disused space, which is now a beautiful and well used asset, transformed by a newly formed group 'The Friends of Spode Rose Garden'. More here. 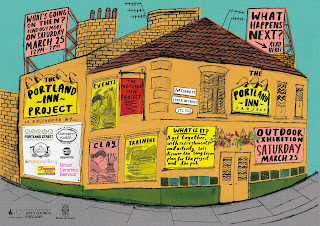 and The Portland Inn Project, working with artist Rebecca Davies, using participatory methods to engage a community (with a number of issues ASB, drug and alcohol problems, etc) in finding an alternative and more positive future for itself.  More here.
Artists have worked with people forever, and the community arts movement of the 1960s and 1970s has led to an understanding of the way that artists can work with communities. Socially engaged practice too is not new, although there is relatively little written about artists working in social contexts, compared to other areas of the arts.
What is relatively new is an emerging animosity towards artists working in social contexts, and in particular, to artists working within contested sites of development. A new online 'Naming and Shaming' of artists working in these contexts aims to call out artists working in these settings for being either naive to the role they play in acting as a buffer between developers and the communities affected by development, or in some cases the naming and shaming goes further to blame artists for 'artwashing gentrification' something I found myself accused of in a recent project. An interesting Citylab article from 2014 sets out the complicated context here.  https://www.citylab.com/equity/2014/06/the-pernicious-realities-of-artwashing/373289/
Those naming and shaming include activist groups, working in particular areas of development, but in addition in some cases artists and academics are attacking other artists online. There have also been cases in America of communities themselves rejecting artists and art galleries in their areas - due to a perception that the presence of artists will lead to gentrification, and the eventual pushing out of communities. It is a complicated matter, and at this stage, not much has been written about the phenomenon, but it seems that for the artists, who are often working in very precarious contexts, often with little support, perhaps in unstable buildings and often with the sensitivities that come with working with people (especially in these contested sites) the addition of this external animosity may lead to artists shying away from working in these contexts at all, something which concerns me, when thinking about the area that I am currently working in, and the great need there.

The conversation at Assembly centred around the need to create support systems for artists working in precarious settings, but also showed a need for a set of guidelines and considerations, in relation to working with people.

Answers and votes:
- Value the artist's role in this context (we bring something different.) 6
- Recognise time and investment needed, (for this kind of work) before, during and after. 5
- Be a supporter and champion for other artists working in these contexts 2
- compromise
- lose the ego
- be honest
- Commissioners: Trust Artists
- Be vocal against Short-termism - and involve artists (and community) earlier
- Don't assume 1
- recognise that people are experts in the places they live and work 4
- it doesn't always have to be big 6
- the voice (build in space for the voice of the community)1
- practice active listening 2
- take responsibility 3

What has become clear since the event is that this is a much bigger question than could be reasonably covered in one session, and that as well as considering what the artists can do themselves within the contexts they are working in, this question, of support for artists in precarious settings is one that needs to include the organisations and funders that work to support artists. Since the event I have spoken to a number of organisations about the worrying artwash naming and shaming, and have found a sector which needs to really look at this, in order to support artists in making better decisions in who they work for, and how they work with often vulnerable communities in development settings. This is important and needed work, and the naming and shaming really does little to understand the precarious position of the artist and the people they are working with. Much of the work done by artists, in my experience, is not about being a buffer for developers, but is about visibility for those people being priced out of an area by development, as is described in this article about Bushwicks and Chinatown in New York City. https://i-d.vice.com/en_gb/article/why-local-nyc-artists-are-fighting-artwashing
My intention is to rally support around this area, and look to gain a better understanding of how to support artists in these contexts, The A-N Assembly event was a great start, but much more time is needed on this. Since the event, I have been speaking to a variety of people and organisations about this, and will be getting something together in response very soon.
Write up of full a-n Assembly Margate event here.
Image credits: Tony Jones, A-N, Rebecca Davies
Posted by Anna Francis at 1:12 PM