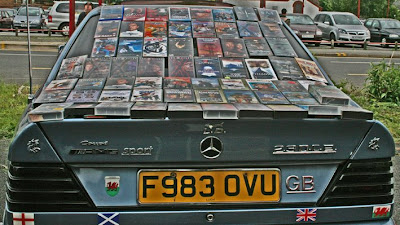 Today Bernard, Brian, Kate and I met at the Hanley Car Boot Fair in order to start our projects for ANTIFREEZE. As a group AirSpace put forward a proposal to respond to the Hanley Car Boot fair, and we were selected!: here is a short statement that will be going in the ANTIFREEZE literature about what we will be doing: 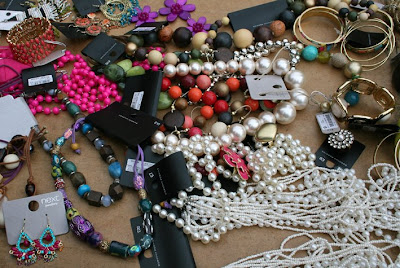 'As a group we are interested in exploring the notion of value exchange. We have made works in response to the Sunday Car Boot Fair that happens weekly in Hanley, Stoke-on-Trent, on the same street as the AirSpace Gallery.

There are all types of people to be found at the fair, and as a group we infiltrated the site and made work in response to the people, objects and conversations to be found there.

The finished pieces highlight themes of resourcefulness (working with available resources), and the fact that other peoples junk and waste can be re-used and made into something useful, that can be appreciated once again and put back on the market. Other themes include ideas of trade, waste, environmental concerns, the importance of exchange in its broadest sense and the ability to make and sell products in the recession. Questions about the value of objects come to mind i.e how antiques and art are valued (what makes something precious and valuable- it's age, the artist/maker, the materials it's made from?), and whether rubbish/ found materials can become more valuable when put in the context of 'art'.'

Bernard and I decided to do a collaborative sound piece 'Cheap Talk.' We went armed with tape recorders and went to the stalls with a question: 'What is the cheapest item on your stall?' We would then try to find out a bit about the item; where it came from, what it is, or what it might be used for. We are interested in exploring the idea of exchange and dialogue. One or other of us would purchase the cheap item, and then we will separately be making pieces of work with the items we have gathered. 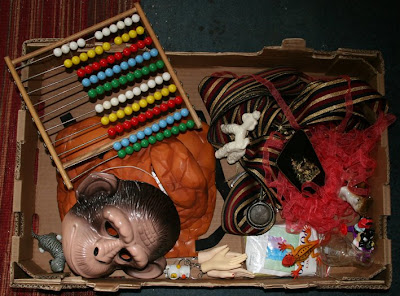 I was pleased with the selection of objects I ended up with, and I am looking forward to working with them. 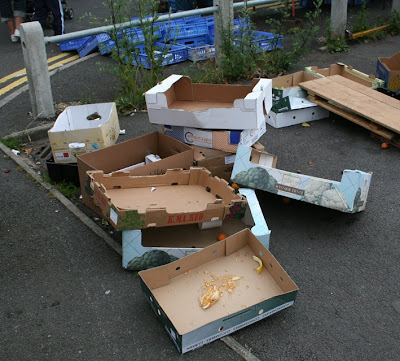 I also got a fruit box and some ribbon, in order to make a tray (like the sort usherettes used to have in the cinema). The objects that I have gathered and will work with will be used as tools for further dialogical exchanges at the ANTIFREEZE fair. I aim to swap each of my items for works of art on other artists groups stalls. The exchange idea is continued: my cheap talk items become networking tools. 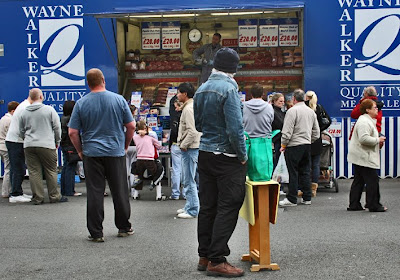 At the beginning and the end of the day we got sidetracked listening to the butcher's banter.
Each item exchanged/sold/handed out at ANTIFREEZE will be accompanied by this special limited edition postcard: 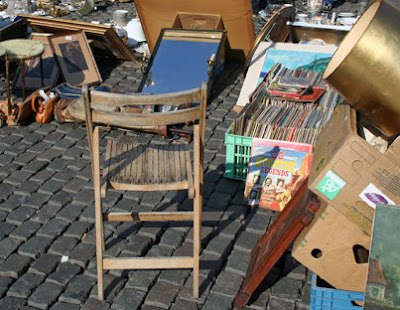 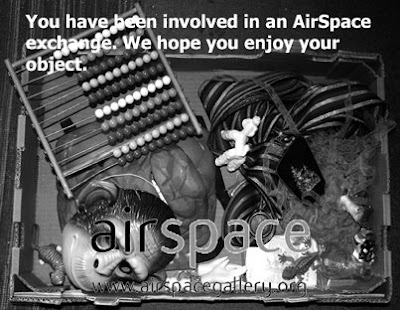 So if you want to get your hands on one of these, or any of the AirSpace members artworks then you will have to come along to ANTIFREEZE: where there will be around 60 stalls showcasing the best of the countries artists and artist led groups. ANTIFREEZE has been voted the 6th best thing to do all summer by The Times Online, and takes place on Saturday, July 4th at the CHIPS building, Manchester city centre.
Posted by Anna Francis at 7:36 PM