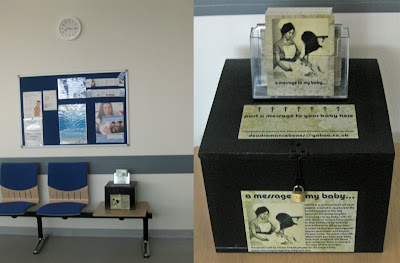 A Message To My Baby box installed in New Maternity Block - North Staffs Hospital
Wednesday (15th July) evening I headed over to the new Maternity wing at the North Staffs Hospital, to install and launch my project 'A Message To My Baby' - which is part of the ongoing arts initiative Rebirth - which marks the building of the new and demolition of the old Maternity buildings at the hospital. Since the old building was completed in the 60s over a quarter of a million babies have been born at the hospital - which means the building and demolition has an enormous importance to so many families in the area. 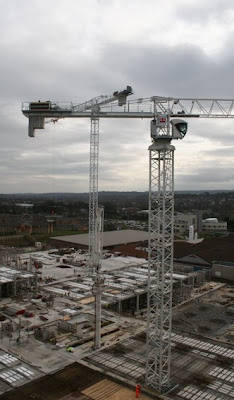 Building of the New Hospital Buildings taken from Old Maternity Block
Rose Strang was brought in as arts manager on the hospital's 'Fit for the Future' project. She contacted local art groups (including AirSpace Gallery) to see who might be interested in getting involved in the project. I was keen to get involved, having worked as a carer for a number of years, but not having worked as an artist in a health care setting before. I was also really interested in responding to the old building, during its last few weeks of use. Our involvement at AirSpace was firstly to jointly organise the 'Art for Life' fundraising event that took place at the Leopard in December 2008, (CLICK HERE FOR PREVIOUS BLOG) and then to individually respond to the transition of the old building to the new. 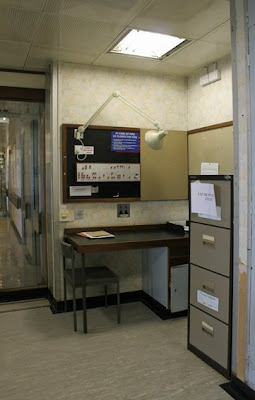 Nurses station Old Maternity Block
I went for a few site visits focusing mainly on one of the higher floors of the old maternity block. These visits involved photographic explorations of the space, which is my usual starting point for any project - to simply visit the site, soak up the sites, sounds and underlying feeling of the place, taking many photographs. 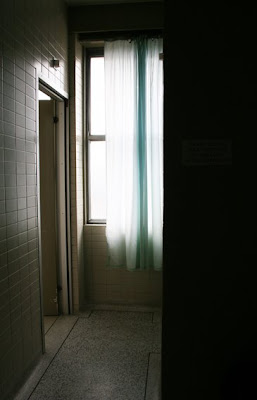 Bathroom Old Maternity Block
Then going away and giving myself time to allow the experience to bed in and digest. This space for reflection is important in the process of responding to the site. 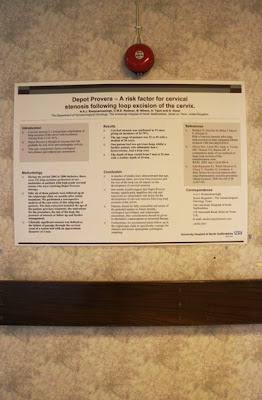 Depot Provera Poster - Old Maternity Block
I may revisit a particular site a number of times, and pore over my photos in between. At first I was really interested in the signs and pictures on the walls of the old block - a cheerful picture of koalas dressed as doctors on one wall, and on another a large information poster on the pill, depot provera. 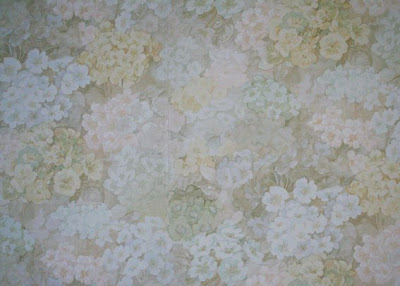 Wallpaper in the Old Maternity Block
I was interested in the fact that the brown floral wallpaper chosen for the old maternity block would be very far removed from the choices of decor which would undoubtedly be being installed in the new block - public buildings today tend to go for a more minimal and impersonal approach, perhaps because patterns date so quickly, or perhaps there is some other psychological reason for this. On my second visit to the Old block Rose showed me an old store cupboard on the ground floor where the materials and posters from a midwifery display, created in the '60's had been stored. 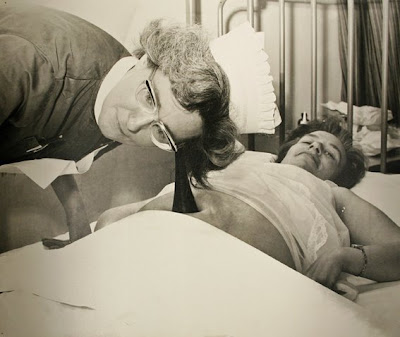 1960's Midwifery Display - Found in cupboard - Old Maternity Block
The display showed images taken in the early days of the old hospital - showing the daily activities performed by the midwives. 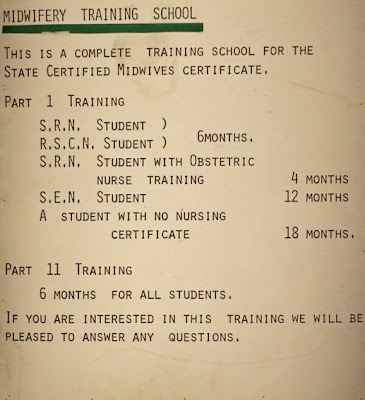 Midwifery Poster - Old Maternity Block
The purpose of the display was to try to encourage more women into the profession. The hand made text posters and photographs were fascinating, and I keenly documented them, with no idea how or if I might be able to use them in some way. Discussions with Rose about the 'Fit for the Future/Art for Life' team's hopes for the art projects within the programme revealed that they were keen to focus on the positive elements of change - and with the project Rebirth they wanted to focus on the future. It is easy when working in a context like this one to focus entirely on the death of a building that has meant so much to so many, the loss is immeasurable, but with the new hospital wards - designed with modern technologies and developments in health care in mind there is real opportunity to focus on the positive aspects. The idea that a quarter of a million babies had been born in the old hospital was one that kept returning to my mind, and it was this which really inspired 'A Message to my Baby.' It struck me that in order to celebrate the future lives passing through, it would be great to capture some of the depth of feeling, hopes and aspirations that new mothers have for their babies shortly after welcoming them to the world.
'A Message To My Baby' consists of a postbox - placed in the waiting area at the New Maternity Hospital: there are postcards on the top of the box, where new Mums are invited to write a 3 line message to their newborns, which will be stored on the project blog, and then delivered in some form in 20 years time. The design of the postcards utilised one of the images discovered in the cupboard from the Old Maternity Block, I liked the idea of using these images, which have a distinct feeling of nostalgia attached to them. Perhaps images of 2009 will look similarly nostalgic in 2029? I also used the brown floral wallpaper taken from the wall of the old block. Feedback given by Midwives on the opening night showed a real enthusiasm for the project, and in particular the idea of picking up on these details (old wallpaper) which had somehow made its way into the new block (even if only on my postcard.) 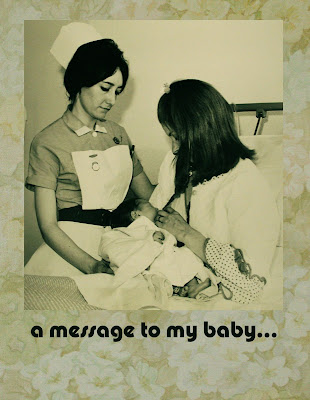 It is not at this stage known how these messages will be delivered - new technologies, perhaps the demise of local newspapers or any other developments will have an impact on this, but it will probably take the form of some sort of exhibition and publication. 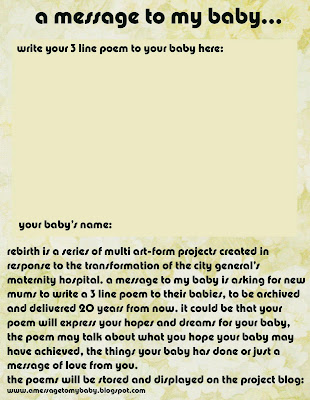