This weekend I will be performing the Matchmaker at a festival. I have just finished making 100 special matchboxes for the performance.
I will post images of what happens when I get back...
UPDATE: 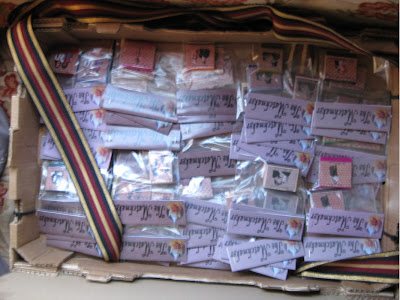 So, I went along to the Festival with the Matchmaker. I was the Matchmaker on Friday, Saturday and Sunday. It actually worked very well, though there were a few surprises. First of all a lot of people seemed a bit suspicious when I approached them, thinking I was trying to sell them something. I wondered if I should announce immediately that what I had on offer was free, but I decided it slightly went against what I was trying to do, and I don't like the idea that people would only engage with me if they thought they would get something free out of it, I preferred to tell them at the end that the matchbox was free. 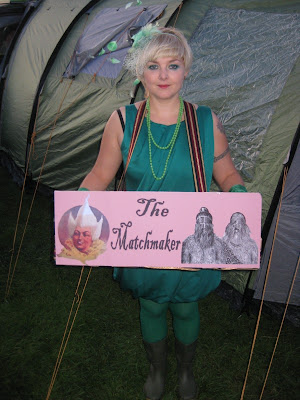 I was also quite surprised about the popularity of some of the couples: Richard and Judy were the most popular, and went quite quickly, whereas Gilbert and George were the least popular, but perhaps that was because they were naked? 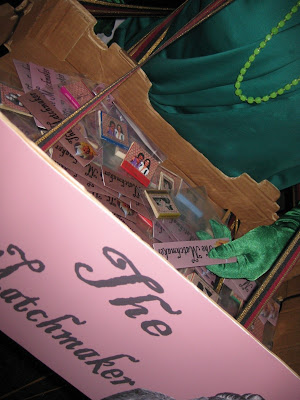 I enjoyed doing the Matchmaker, and seeing people give me and each other a kiss was really heart warming. I hadn't reckoned on the weather though, and the packs kept on blowing away, and some of them got a bit wet in the rain.
Posted by Anna Francis at 1:10 AM