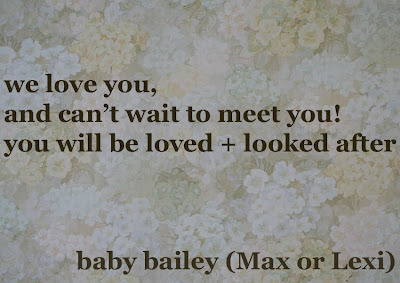 Went over to the New maternity building of the North Staffs Hospital this week to check on the box and see if anyone had filled in the postcards, and replenish the stocks.
On arrival i was quite pleased to note that there was only one postcard left! out of 100! but then on opening the box I was not so pleased at the contents. There were a few blank screwed up ones, one that was blank and folded into a paper aeroplane, a number of indecipherable children's drawings and messages, and then three actual messages. So the project is currently running at a 3% success rate, which isn't bad I suppose. This meant that there were at least 80 postcards that were unaccounted for...so who knows where they have ended up. It is not really a surprise, the image is actually quite intriguing and so perhaps people just want to stick them on their fridge. Also, I find participatory projects of this nature only really work with someone to drive them. Simply putting a box somewhere and waiting for responses seems to me like a pedestrian approach. This is the difficulty of a project like this, as I am not being paid, I cannot really afford to put too much time into it - and therefore it won't be as effective as it could have been, if I did have the time to put into it. Ideally, given the time I would strive to make some connections with the midwives at the hospital, who showed interest at the opening, and I would encourage them to take handfuls of the postcards to distribute to the mums they are working with. I would build a relationship wit them, and hope to find out a way for them to be more involved in the project, and see how they could develop it with me. I know this would be difficult, given how busy they are, but certainly worthwhile. This level of interaction is absolutely imperative for a project like this, and I wish I had the time to do it, but I don't.
At this rate, the project should have generated around 15 out of a possible 500 messages by its completion, which is a shame, but just goes to show - you get out of anything what you put in, or sadly you get (a little bit more than) you pay for. I will contact the head midwife to see if I can find an alternative site to move the box to on my next visit, and see if this encourages any extra participation. She was very encouraging and positive about the art projects in the new maternity wing last time we met, and so I hope this might spur the project on a bit.
Despite the disappointment - the three messages were worth a (long) walk to the hospital.
Posted by Anna Francis at 7:29 PM