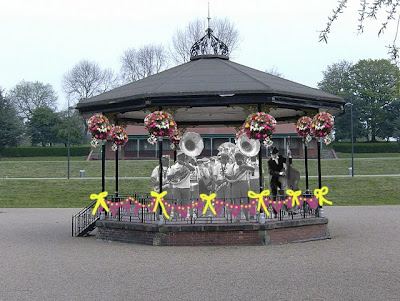 Today myself and a couple of the other AirSpace artists went on a reconnaissance mission in Hanley Park. The proposals for projects are due in on Wednesday (19th), and so we have just under a week to formulate our plans. I thought it might be useful to put my images and thoughts up, in case anyone is thinking of applying, and perhaps has not visited the park in a while.
I have had a few ideas already.
My first idea was really focused around the Bandstand, where Stan had told me about the swing bands from the early part of the 20th Century. I thought about repopulating and reviving the Bandstand - decorating with flower boxes, and bunting and organising for a brass band to play - trying to recreate the heyday of the park - and inviting the public to come along; bringing their deckchairs with them, and maybe even having a dance. 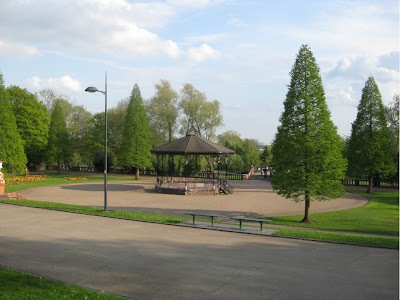 The second idea was in response to the Chartist's who used to campaign in the park early in the 20th century. George Howson, who gifted the bandstand to the park, was a Chartist. In the current political climate it seems relevant to utilise the methods used by the Chartists, who campaigned for electoral reform. I was thinking of creating a new character, 'The Candidate' who would have a soap box, a megaphone and campaign rosettes; and would go about the park delivering speeches, calling for reform of the way that arts and culture are integrated into developments in the city - becoming an advocate for the arts. 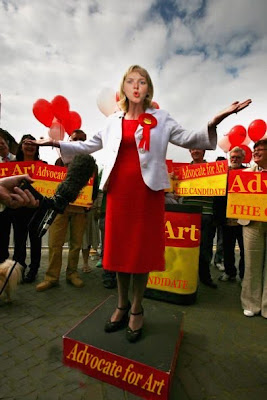 I can't decide which one to work on, but perhaps I need to go with the one which can happen prior to the day (rather than the performance) so that I can focus on managing the programme over the two days.
I have been looking into the history and design of the park as well, and love the fact that Thomas Mawson designed it as an arts and craft park (from that era) and that the design follows those traditions. This makes it ever sadder to look at the state which many of the parks assets are in - broken terracotta, damaged lighting features, disused and boarded up pavilion, closed toilets, shattered paving.
In many ways having this arts event in the park may help to draw attention to the plight - I hope to consult the public on what they would like to see happening in the park as part of the project - and see this process as an investigation/consultation in itself. The public reaction to the artists and the art works will say a lot about what can and needs to be done. I feel that the spirit of neglect which hangs over the park explains the continuing vandalism and indifference. If there was a sense of pride and ownership over the park, perhaps people would be more likely to use the park - and take more of a stand against the vandals. I was asked last week if I was worried about the art works being vandalised. This is of course a concern, but will also be part of the investigation - if art works (and artists) are not safe over one weekend - then there really is a major problem which needs to be addressed.
I hope to ask the artists to try to record the public reaction and response to their presence - writing down comments made, and interactions experienced, as all of this will form the discussion around the vision of the park as an art park - within the document which we will produce.
Here are some of the features we came across which could become sites for intervention: 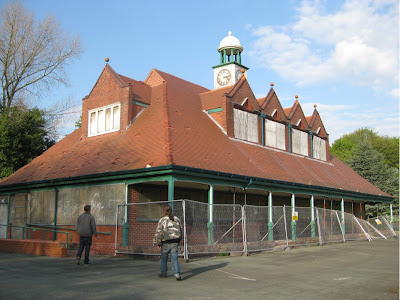 The Pavilion: one of the park buildings which are now boarded up, and cannot be used by the public. This building has asbestos problems, and would take quite a bit of cash to put right - but we think it could make a fantastic art gallery, and community workshop space, with a cafe attached. 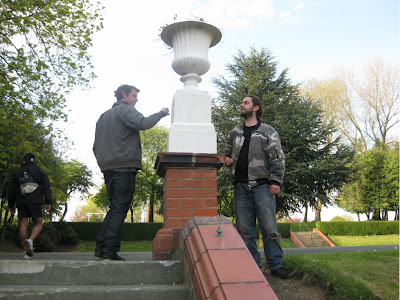 The Pavilion is on a platform, reached by these steps, each of the three lots of steps have the distinctive terracotta brick, which was an important part of Mawson's design. The white vases were a gift to the park from William Henry Goss, a local pottery owner (owner of Falcon Works, Sturgess Street.) Most of the original vases are gone, and some have been replaced (as here) with reproduction copies, while others are missing altogether. 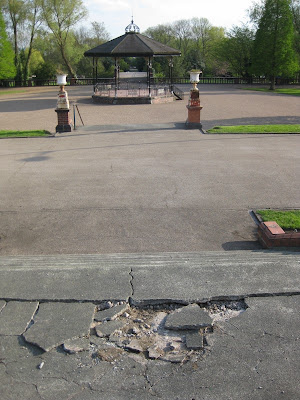 Looking towards the south from the pavilion we can see the damaged steps, and the bandstand. The bandstand is in reasonable condition, but could it do with some hanging baskets, and a band? 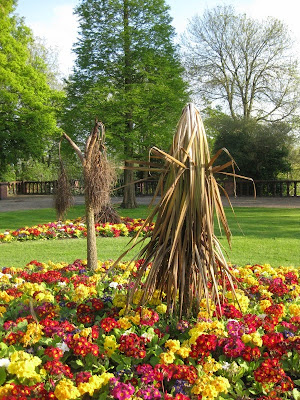 Some of the planting schemes stood out - dead palms surrounded by bawdy annuals. I somehow feel like this could do with some kind of attention? 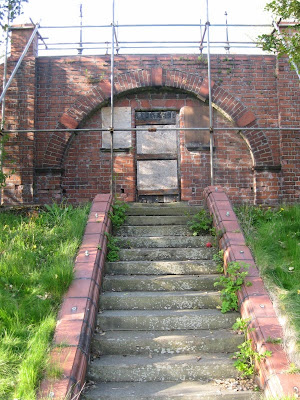 The bridge linking the two sections of park, and crossing the Cauldon Canal, represents one of the most historically significant features of the park, and should be a demonstration of the regions industrial heritage - Mawson used local terracotta and had local firms make the beautiful red brick and tile feature. Today it is in a dreadful state - and in dire need of rescue. The scaffolding holding it up has been there for a number of years now.This small opening under the bridge looks like it could have sold ice cream - or been something to do with the large bowling green in front of it (no longer kept as a bowling green, and generally used for Frisbee and ball games today.) 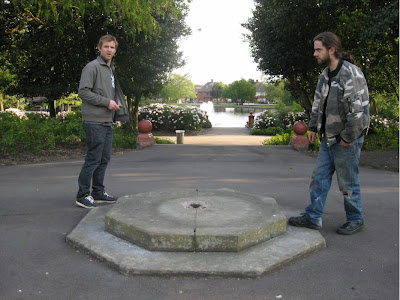 There was a discussion about what may have previously been sited here: a sculpture of some kind, though I cannot remember what it was - was it a large sphere? This could be an interesting site for a proposition. 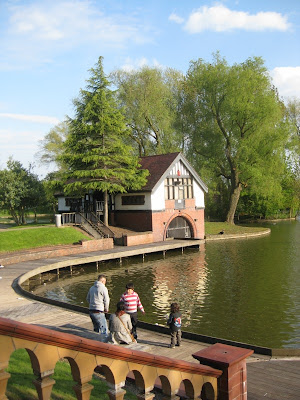 The lake and lake house. At various stages the lake house has been used as a cafe (apparently you could get egg, bacon and toast for £1.50) and the boat house used to hire out pedalos. 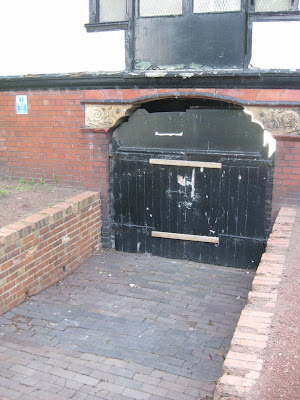 Here is the boat house mooring point. Could something happen here? 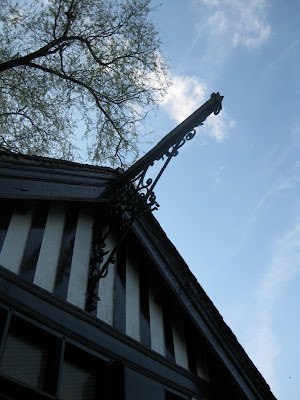 Above the mooring point is this ornate bracket - perfect spot for a hanging of some kind. 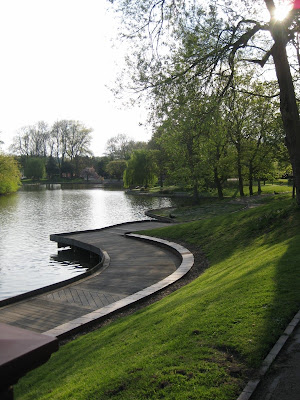 There have been various improvements over the last few years, for example the wooden lake side walkway, also used for fishing. Some of the damaged terracotta features close to this part of the park have been repaired over the last 5 years, but then vandalised again. This demonstrates that it is not just about fabric renewal, but that more needs to be done to increase pride in the park, or give a feeling that someone is caring for the spaces. 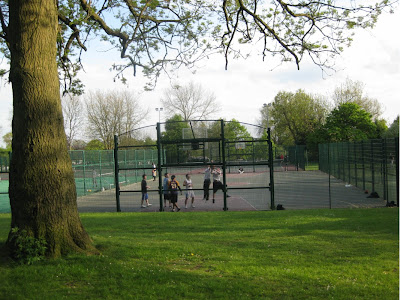 The games courts are always really busy, there are basketball, cricket, and tennis courts. We discussed setting up a table tennis game over the weekend, and maybe having a tournament. We really feel that the concrete tables which are popular in Berlin could work in our park, and that the temporary game could act as a proposition for development of the idea. 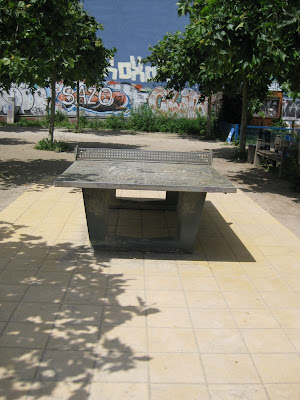 This is one I photographed in Berlin last year. There are a number of them in the city. I saw one area where there were a collection of tables, and lots of mini tournaments going on, a real community event, and we think relatively cheap to build and maintain, being made of such sturdy materials. 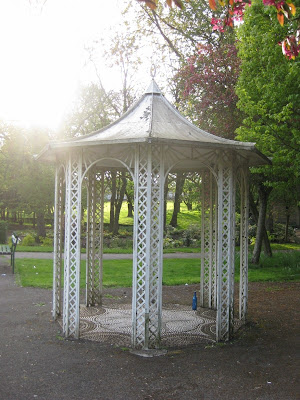 This little feature could do with a clean up - the structure was originally sited on the Garden Festival Site in 1986. 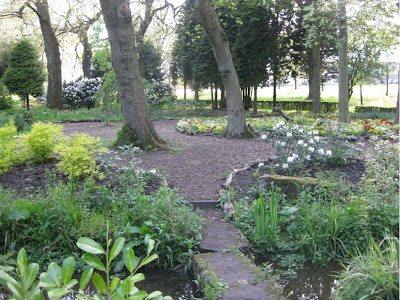 This is an area of the park which has really seen some noticeable improvements over the past year. Various community groups have worked on this particular area (SAFE and young people from the YMCA that I know of, but I am sure there must be others.) This was a bit of a no go area, it was swampy, and overgrown, and had become a bit of a drug den. It has been opened out and planted, and now has the feeling of a little hidden woodland walk. 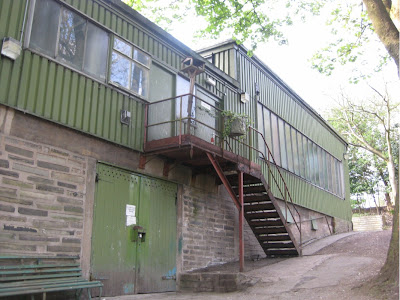 This building has something to do with park maintenance, not sure how many people are employed at the park - this is something that I would be interested to find out. 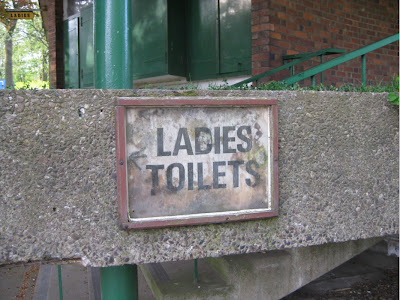 The toilet block is all boarded up - I was told that there is a public toilet somewhere on site - but this could potentially be a problem when organising an event designed to bring people in to the park - and must be an ongoing problem for park users as it is. Perhaps we can try to draw attention to the lack of infrastructure within the park. 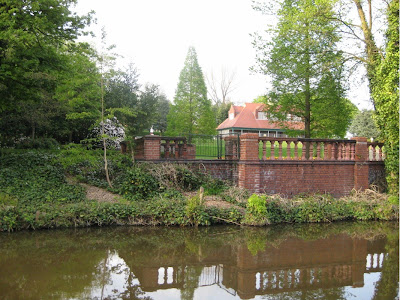 The view from one side of the park to the other, across the canal. Possible site for delight? 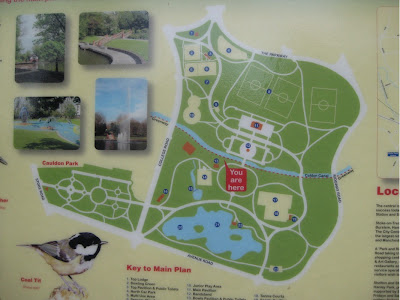 Here is the park map - we will create a map for the weekend event - using this as a template, and plotting on where the art interventions will be, so that the visiting public can negotiate the park, hopefully visiting areas they would usually miss and discovering the park and the art works for themselves.
Posted by Anna Francis at 8:38 PM

These are very useful Anna. Apart from the Gazebo and bandstand are there any other structures with arches or openings - pergolas or the like?
Also there seem to be lots of nice mature trees, I was wondering if any of them are close together in little thickets or groups - I'm hoping to come to Stoke for a recce tomorrow but may not make it.

Hallo there,
There is the bowling building at the top of the park - I think it has arches. Then there is a quite 'urban' bus shelter type thing in one bit of the park - which the teenagers seem to like hanging out in. There are lots of beautiful trees - there are a few areas where there are a group of trees together - but quite a few of the denser areas have been cut back for safety reasons over the years.
Hope that helps.

this is great work Anna. I've been photographing the park for some years now. your ideas are very similar to our own. I have been jamming on the bandstand with some mates and we had the idea of revitalising the bandstand use with some impromtue gigs. I've got some big ideas for that bandstand.

can't wait for the weekend... coming down with cameras