The other weekend we went on an AirSpace trip to the second Tatton Park Biennial. We were quite excited to go, as a few of the artists selected have exhibited at AirSpace over the last few years. Dave and Andy and I are also organisers of Conjunction (Stoke-on-Trent's contemporary art biennial) and are involved in the research and development phase at the moment for October 2010's biennial - so saw this as a bit of local(ish) research. 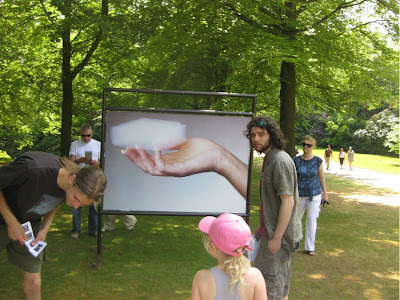 The 2008 biennial included lots of amazing works situated around the grounds of Tatton, but not in the building itself. This was the main difference - this year was a mixture. 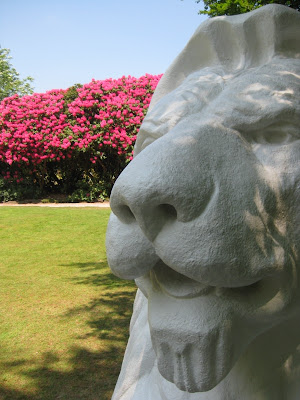 The first piece we came across was Helen Marten's Milk on White (the billboard) and Coveting Keratin (the lion). This piece felt incongruous in it's setting. The regal lion of course nods to the use of Lions as an emblem to the country's greatness - but here it is made of carved polystyrene, and is cut in half. There was a 'tag' on the back of the sculpture looking like a moustache or a signature. The lion looks toward the billboard - which shows a hand with some half invisible soap floating above it. The piece seems to discuss branding through the ages. 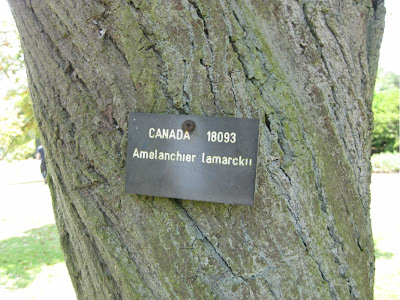 While wondering around the grounds we noticed the way that many of the trees are marked with these signs. For Common Ground one of the artists is creating a piece of work where the animals that live in the park will be represented by coloured squares, placed in suitable locations - we discussed signs of this kind as being a way of allowing the viewer an 'in' when reading the works. 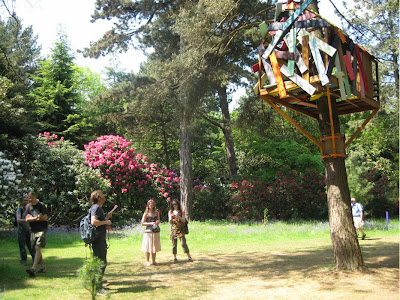 We came across this piece by Fiona Curran. It seemed like a tree house, which is falling down - and does seem to have somehow landed in the tree. The piece is described as a folly, which I like, in terms of connecting to landscape architecture traditions of building wrecks as delights for rich landowners in their grounds. This is a modern take on this. 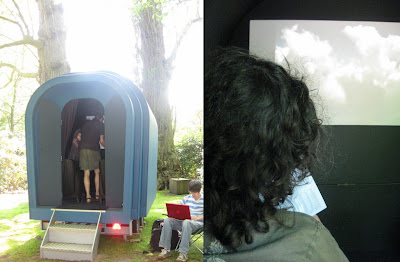 We enjoyed the mini mobile cinema, which was showing images from Tatton's history. We had a good look at how this was constructed - I want one. 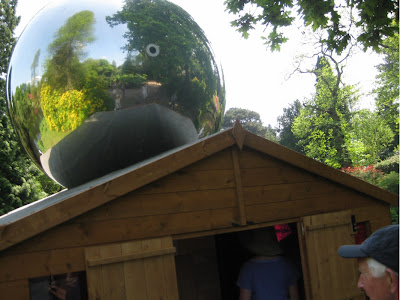 This is Jem Finer's Spiegelei - a camera obscura. Unfortunately it was just too sunny for us to really see anything inside this piece, which is a shame - but the pink windows on the way in were good. 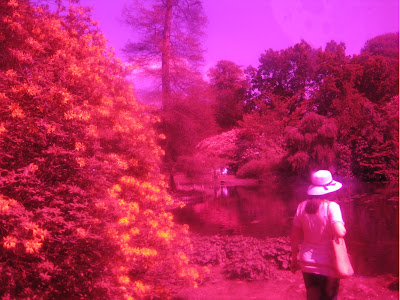 This piece in particular got us talking. It is a great big iceberg, which Neville Gabie has transported from Greenland. This piece connects to both the history of the place and its current day situation. Tatton, like many other stately home, used to transport ice from the North Pole. In today's climate where sustainability and energy saving are top of the agenda this seems like a grand statement (carbon footprint of transporting this piece of ice must be huge). The large piece of ice is now on display in the glass shed - being refrigerated - the cold unit is itself being powered by solar power. We found the idea of the sun keeping a block of ice frozen really fascinating. 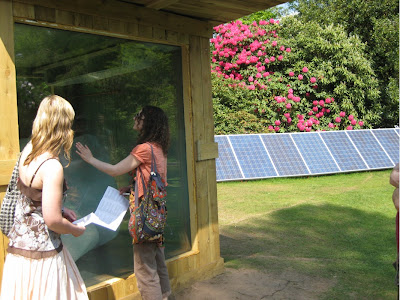 Ryan Gander had a number of pieces scattered about the grounds and house. This piece which was hard to photograph, being effectively behind two bits of glass (a window and a dome) was a mythical bird on display in the manager's office. A story around the piece has been constructed - setting up the 4th Baron of Egerton's 16 plumed bird of paradise. 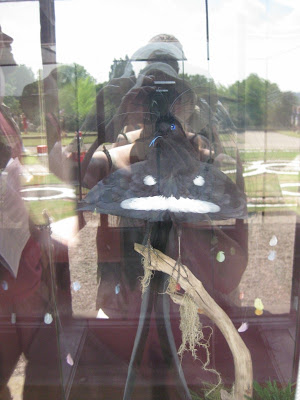 The story is set up about the Baron as an explorer (a bit of a Darwin type) who was shamed - having 'discovered' this amazing creature on one of his voyages, which was later found to be a fake construction. I like the connection to history again here, the Victorian's fascination with discovering new things - whether real or fake is what is interesting here (and this follows up on the idea of the folly.) 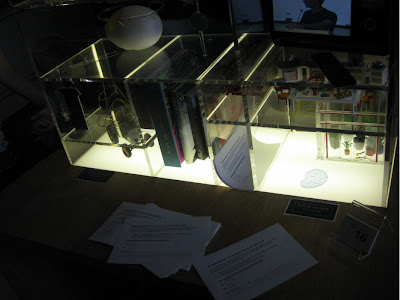 We then made our way into the house to see the other works.
It was quite frustrating that we were told we could not take photographs inside, and then received mixed messages as some invigilators allowed us to photograph the contemporary art works - as long as we did not photograph the house! Why not let people document their visit to the house? Very strange. Anyway I was allowed to take an image of this piece which may have been interactive - it was a voting booth - but the please do not touch sign on it was confusing. I voted anyway. It asked whether something like this should stay in Tatton - and I voted no - the ethos of the piece has its roots in accessibility (I think) but the situation it is shown in here - where visitors are told off for photographing and touching things is the opposite of that.
I fully understand the need for Tatton to protect its assets by asking the public not to touch (things deteriorate beneath oily fingers) but at times this is at odds with the programme being set out by a contemporary arts festival happening within this historic site. 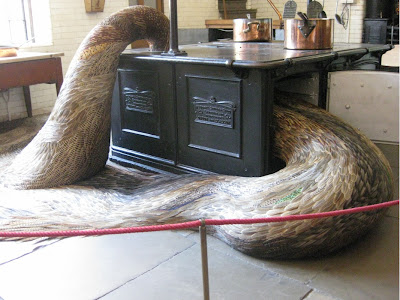 This piece, by Kate MccGwire was our favourite - we were told when looking at it that the artist originally wanted the public to touch it - which of course would not be allowed! Actually this did not spoil our enjoyment, even if the red coil rope may have spoilt our view. The piece is constructed of locally sourced feathers, belonging to birds which would traditionally have been cooked in these ovens, when the house was fully functioning. This monstrous mass spilling from the oven is at once beautiful and appalling. We had a picnic in the grounds to discuss what we had seen before home. A few of the pieces we had really been looking forward to seeing were not working on the day we visited - Jamie Shovlin's Rough Cut/Cut Rough and Helen Maurer's Light Landing being two of those, this was a real shame. Overall we enjoyed our trip around the biennial - the works explore histories, stories, fable and constructed narrative. The true and the faked sitting together, with authenticity becoming irrelevant in the end. The artists have connected to the mythologies of the house and grounds in many different ways, I am already looking forward to next time.
Posted by Anna Francis at 4:18 PM