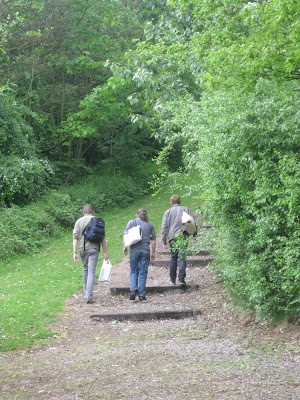 The other weekend a group of us met at the same secret location as last year, to go back up to the Garden Festival site here in Stoke-on-Trent and check out the apple tree that we planted there last year - and see if any of the other flowers we planted had survived.Click here for last years post. 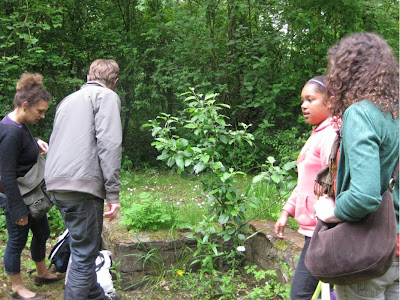 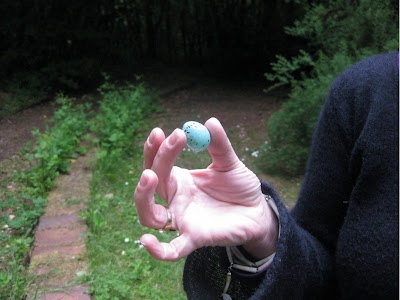 Celine found a lovely blue egg (hatched) which someone said was a blackbird. 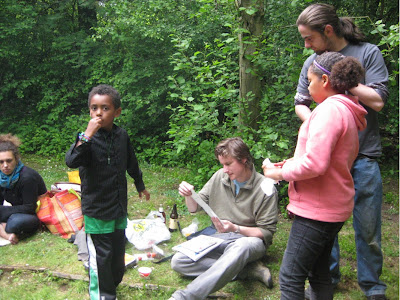 We lit the barbecue and enjoyed some al fresco lunch while some looked at the Garden Festival literature, and maps. 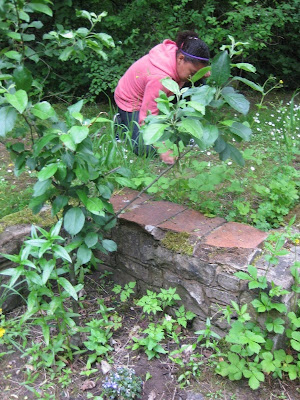 We had brought some seeds and a little purple flower with us to revive the garden. 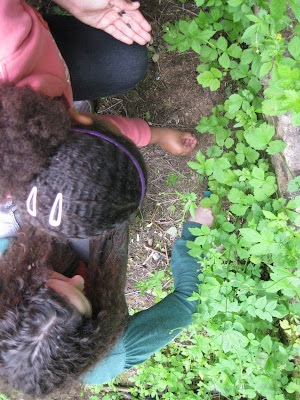 We got those planted quite quickly. 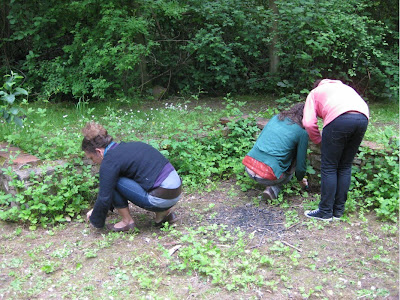 And had a bit of a tidy up. 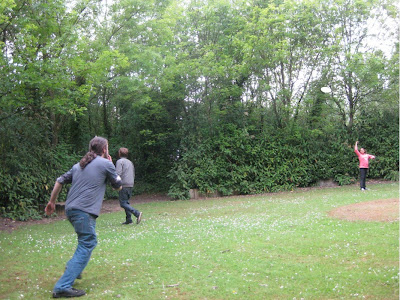 Before an impromptu game of 'plastic plate' frisbee. 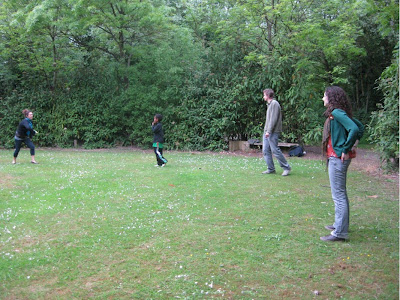 Some of us were better than others, but we all had fun trying. We used what we think was 'the stone circle' on the Festival site. 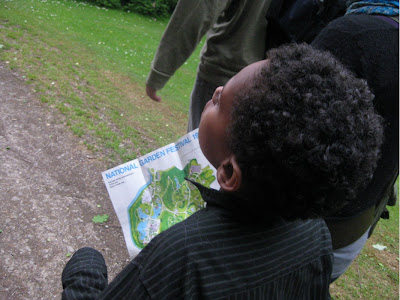 Then L took charge of the map, and we started our exploratory walk. 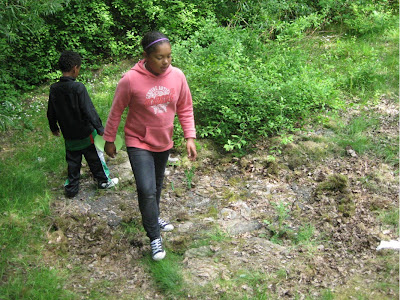 We found a new piece of evidence - a stone carving, covered in moss, we were amazed that the piece appeared to be intact under the moss. 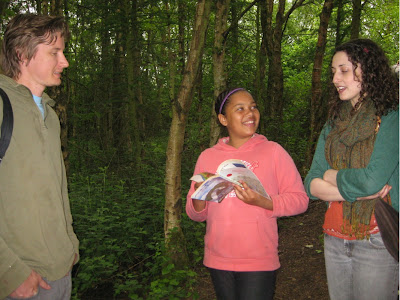 We enjoyed wandering about the site, the woodland areas, and the openings. 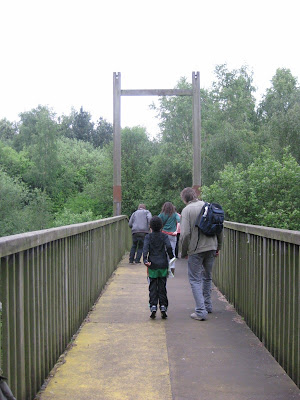 We decided to try to find the Antony Gormley sculpture site again, so set off over the woodland ravine. Clip clop, clip clop we went over the wooden bridge, but luckily no trolls were met. 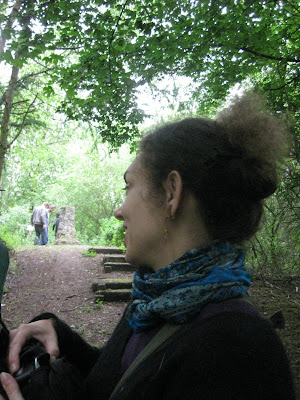 And there it was - next to the Trig point. Back in 1986 this hill was completely bare, but today there are large trees surrounding it. 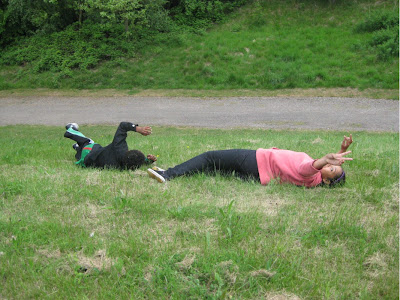 We continued on, and carried out various physical investigations. 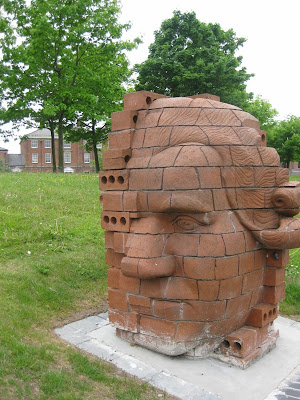 And checked out the Wedgwood head which wasn't there last year(spot Wedgwood's house in the background). This piece had been stored in the Museum vaults since the Festival, but has now been returned to the site. Maybe we will go back again next year to celebrate the 25th anniversary of the festival.
Posted by Anna Francis at 12:25 AM

I particularly like "We enjoyed wandering about the site, the woodland areas, and the openings."
There is something very interesting and witty about the realationships between text and images ... would be interesting to push it because the image "We enjoyed wandering" definitely looks like the ones you've collected from the 80s !
Really like this post ... also liked the "various physical investigations" :)

does it? that's funny isnt it? I likie the various physical investigations too - carried out by E and L - exploring with the whole body...